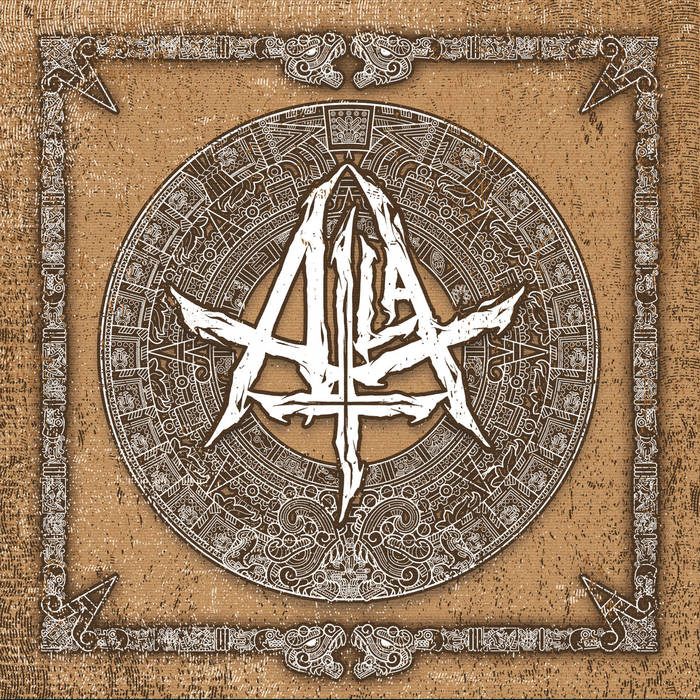 Metal has always been a genre that has been heavily involved in (local) historical topics. Already in the early days of Iron Maiden, the genre has skilled amateur historians, but it is mainly the Black Metallers who have appropriated this art. Whether it is the Norwegian Black Metal bands that tell of their rich roots, or for example Absu, Ancient Rites, Melechesh. All draw their never ending inspiration from the many old regional stories, sagas and legends. The rich history of Mexican antiquity has also offered inspiration, for example to some acts from the now defunct Black Twilight Circle. But also for Atlat, a new band from Mexico itself, Aztec history is the main source of inspiration.

To be precise, this self-titled debut is loosely based on the book ‘Visions Of The Vanquished’ by Miguel Leon Portilla in which he tells how the Aztec capital of Tenochtitlan was invaded by the Spanish inquisitor Heman Cortés with a very small army, plundered and eventually led to the fall of the entire Aztec empire. An epic 500-year-old story that is really hard to capture in music, but Atlat, which in Nahuatl language is a war attribute to throw spears with, makes an attempt on the self-titled debut anyway.

Despite the indigenous inspiration and also the black and white corpse paint, which looks much more like the face paint worn on the traditional Dia de Muertos than it does on, say, Dark Funeral or Immortal, the musical influences can be called European. Although it nowhere sounds like a direct copy there are some comparisons to be drawn with some earlier Satyricon and Gorgoroth, although much less fierce and creative in song writing. The relatively standard Black Metal sounds fine nonetheless but has difficulty in captivating the entire album to the end, partly due to the somewhat mediocre sounding vocals. And although the production seems fine at first, it is perhaps a bit too clean to really live up to the their self-acclaimed ‘Dark Aztec Black Metal’.

To wrap it all up, ‘Atlat’ is not a bad effort for a first album, but to finally achieve an Aztec victory, 500 years later, there is still some work to be done.