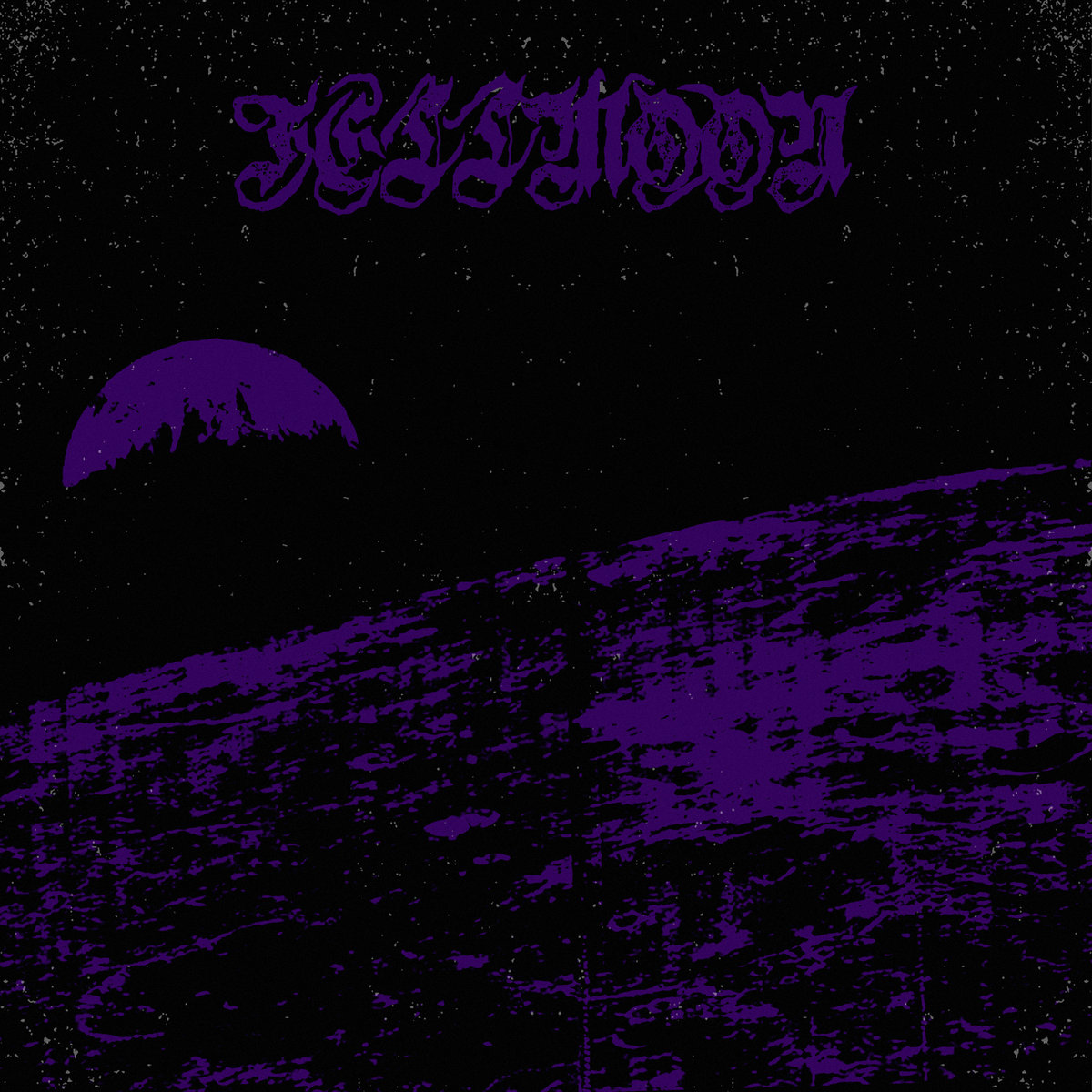 “Alle er en måne og har en mørk side, som han aldri viser til noen”. This message is left by the entity Fellmoon on their only source of information, their Bandcamp page. The text translates to “Everyone is a moon and has a dark side, which he never shows to anyone” and provides a bit of insight into the band name. The band hails from Trondheim, Norway, and consists of Ulfhild who has taken care of all instruments and vocals on her debut release, a self-titled album released in 2022.

Ulfhild has described the music of Fellmoon as cosmic Lo-Fi Black Metal and there is no arguing with that description. The base is indeed Lo-Fi raw Black Metal is the traditional Norwegian vein, with the raw riffs allowing occasional room for subtle lingering melodies. Howling distorted screams are brought with great passion and intensity, yet remain close to the Lo-Fi guitar sound. The drum work is often rapid, although there is a great degree of variation in for instance the outstanding third track of the release ‘☾☾☾’. The cosmic element of Fellmoon’s music is achieved through minimalistic but relatively prominent single piano strokes, often performed at a slow pace to create an intensely haunting contrast with the blazing Black Metal. The result is what can only be called a phenomenal work of Black Metal.

The three tracks on ‘Fellmoon’ all clock above nine minutes in length but offer plenty of variation within and between each other to remain highly interesting. Opening track ‘☾’ is a great example of the cosmic Lo-Fi sound that Ulfhild coined for her work, creating a sinister otherworldly atmosphere by contrasting the raw Black Metal with juxtaposed piano notes. In particular the unsettling atmospheric passage midway hits home when the distorted Lo-Fi guitars and drums kick back in. ‘☾☾’ builds up with a lengthy ambient section and only starts featuring guitars and drums about four minutes into the track, but surprisingly remains captivating despite the lengthy cosmic buildup. This track features slightly more prominent eerie melodies yet loses none of the intensity of the previous song. Closing track ‘☾☾☾’ is downright a masterpiece, extending the haunting piano notes from ‘☾☾’ into a furious burst of blasting Black Metal interspaced with old school rhythmic sections. The variation in drum rhythms and unsettling contrast of the  increasing velocity of the cosmic strokes builds up an incredible amount of tension which eventually escalates into a full-blown collapse. The subsequent singular guitar riff and minimal guitar solo then build up to the final movement of the album. An incredible piece of work, on a highly impressive debut album.

Although ‘Fellmoon’ seems to have been released by Ulfhild herself, the Bandcamp page mentions an imminent LP release by the acclaimed Black Metal label Inferna Profondus Records. I will surely keep track of that physical release, since in my opinion Fellmoon’s debut is a sensational piece of cosmic Lo-Fi Black Metal. The Lo-Fi sound might not be close to every Black Metal fans heart, but those that are willing to embrace it are in for a treat with this album. (VincentP)