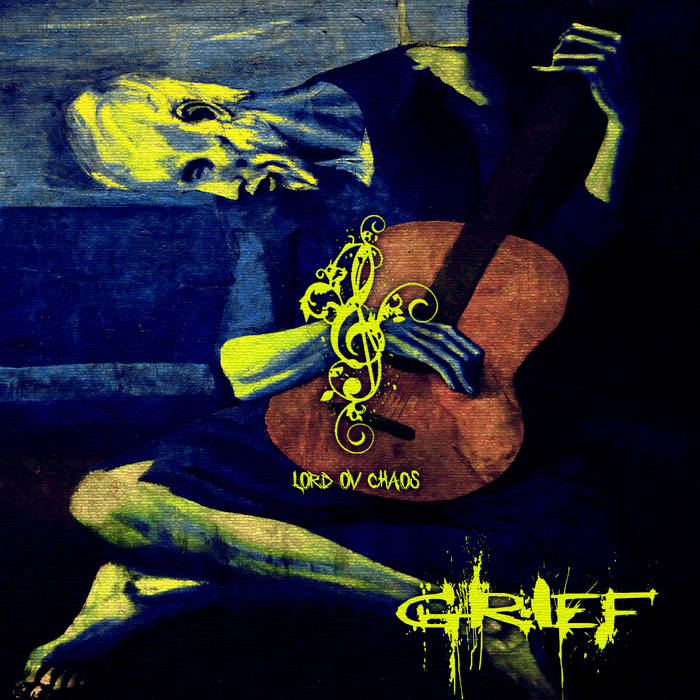 Lord Ov Chaos is one of the two solo-projects of this creative creature, Caleb Bernatchez. A musician from Amqui, Quebec, Canada. He uses this vehicle to reflect his mood in dark days, “a healthy expression of death and inner chaos, the only hope for survival”. To me this sounds like a pretty accurate summary of the music presented on this debut-album, dark and rather twisted Black Metal.

Despite Caleb’s claim that the songs on this album are all instrumental, there are some sparse vocals. However, it is clear that the emphasis is on the musical part. The music is not easy to categorize, ‘creative’ and ‘twisted’ are terms I dropped earlier, you can add ‘experimental’ and ‘daring’. Fast riffs, unusual tempo changes, spacey keyboards and ingenious guitar solos make the whole extremely adventurous, just listen to the masterfully crafted ‘Spiritual Matter’ for example. And despite the album being over 50 minutes long, it never lets go of your attention, a great achievement with music like this, which tends to water down your attention rather quickly. It is hard to pick anything as a suitable musical reference, as other experimental Black Metal bands are not even close to Lord Ov Chaos. Bands like Ved Buens Ende, current DHG/Dødheimsgard, Bal-Sagoth, Diabolical Masquerade or Master’s Hammer are experimental juggernauts on their own, but are still so very much different from Caleb’s brainchild. Maybe it would be better if everyone would experience the music for themselves, rather than to write or read about it.

Keeping in mind that Caleb wrote, played and recorded all this music himself and this is only a debut album, I can only guess at the future of this project when the best man musically develops further. I would say, labels, pick ‘em up!  (FelixS)