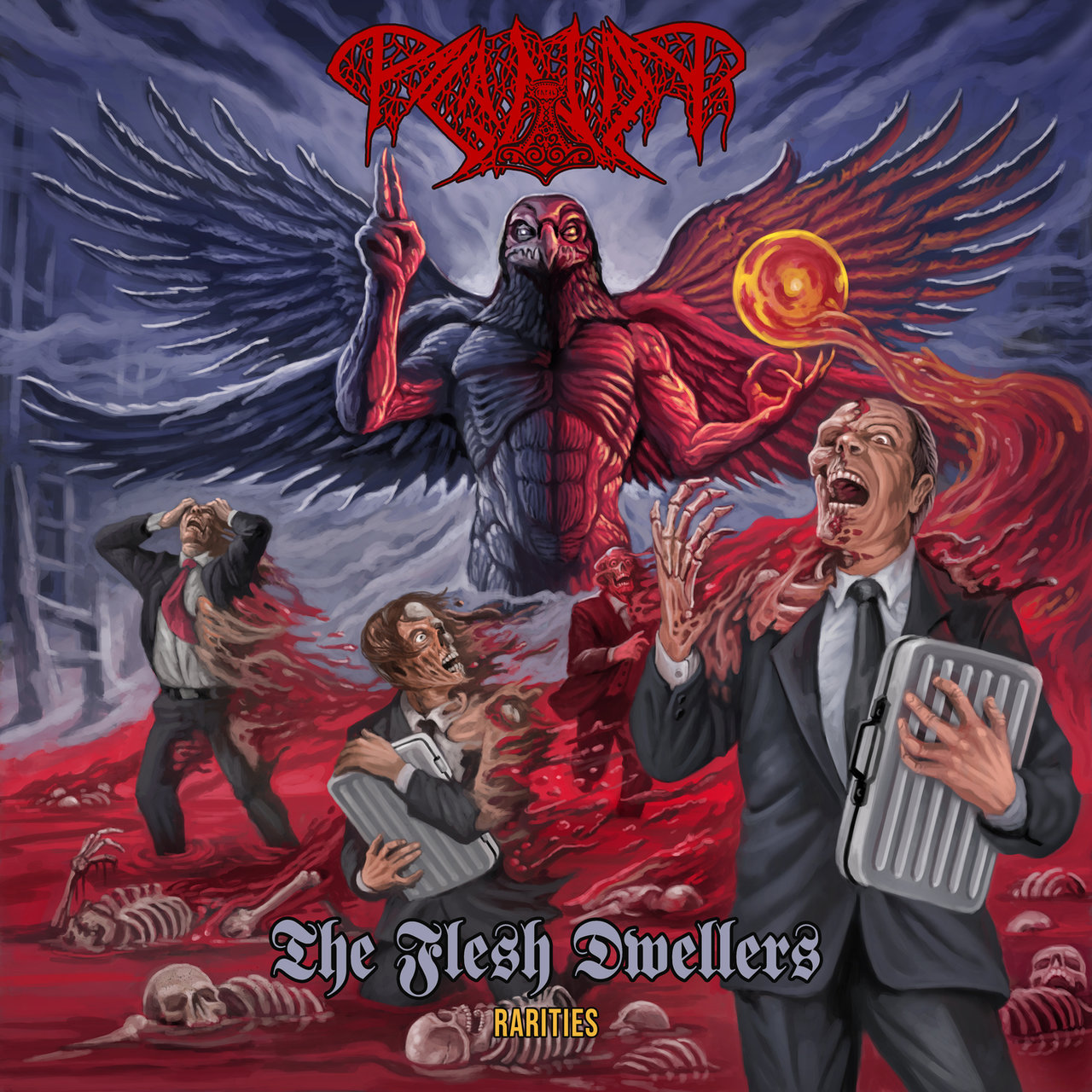 As if Paganizer’s regular releases don’t follow each other fast enough, we are also treated to a compilation album with great regularity. The content varies, but often overlaps. It could hardly be otherwise, because although we are talking about one of the most prolific Death Metal bands of recent years, ‘The Flesh Dwellers – Rarities’ is, if I counted correctly, already the thirteenth compilation from the Swedes.

The subtitle of this compilation promises to be a collection of several rare recordings. However, this is only the case to a quite limited extent. There are no songs on it that have never been released before; in fact, most of the songs have been released several times. Starting with the initial releases, but in some cases on various earlier compilations as well. In the process, some odd choices have been made. For instance the last three (untitled) songs from the split CD with Depression (2008, Suffer Productions) are missing and from the ‘Sherdil’ cassette EP (2016, Till You Fukkin Bleed), only the A-side was chosen (the live songs were omitted). Furthermore, we find the songs from ‘The Portal’ 7″ EP (2016, Selfmadegod Records) and the digital EP ‘Ode To The Horde & The Cyclone Empire’ released in 2009.

Yet, when you listen to these songs from different sessions back-to-back like this, with the youngest being from this year and the oldest going back to 2008, it’s amazing how close they all are. The minimal differences in musical structure and recordings are astounding. Of course, Paganizer was never the band of surprises and interesting compositions, but now that it is all laid out in fine detail, the constant level becomes all the more apparent. The fact that the level is not too high and it will never be able to match the really good bands in the genre is then of minor importance. Personally, my preference is for the slightly more melodic songs from ‘The Portal’ 7″ EP and those from the ‘Sherdil’ cassette EP, which sound much darker with a heavy emphasis on the buzz-saw sound. But overall, the songs are just Paganizer, you’ll get the simple riffs, simple drums, average grunts and equally average compositions. The Swedish guitar sound is present at all tracks, but varies in degree of prominence.

This compilation is yet another proof that Rogga Johansson is the Steve “Lips” Kudlow of Death Metal: hard and stoically working on his Pounding Death Metal with always a reasonable result, but never coming close to the big boys.