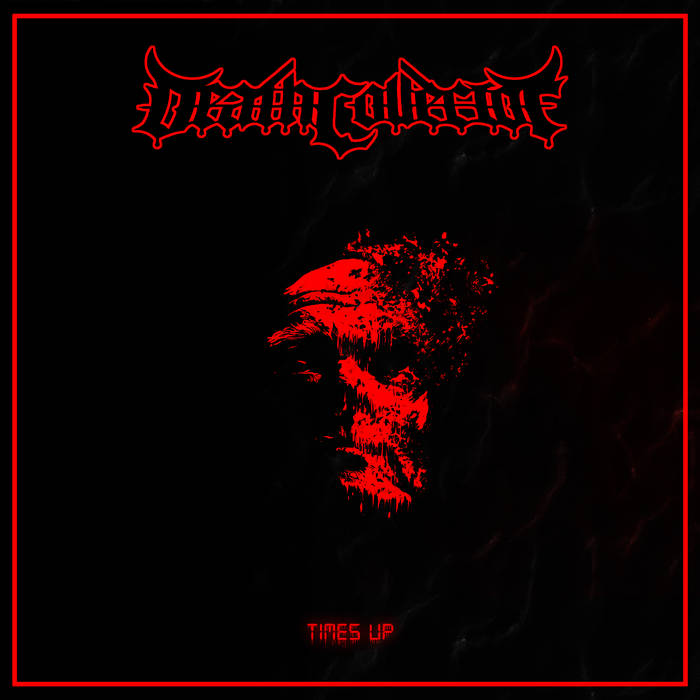 Death Collector are a 4 piece Death Metal band with members from England and Ireland. All members are from established bands, Ashen Crown, Zealot Cult and Severe Lacerations or were part of one of Death Metals finest band the mighty and irreplaceable Bolt Thrower.

Now the formalities are over it’s on to the important stuff this is a 3 track EP of Old School Death Metal. The EP starts off with the track Death Collector which drags you straight into that familiar OSDM territory, that instant guitar hook and a short build up before hitting its stride. Kieran’s vocals are demonically good, clear but deep with some great vocal effects here and there. A great start to the EP and I spun this track a few times before moving on.

“Internal Expansion” follows on which is a slightly faster number with the vocals changing slightly, still with clarity but not as low. This song is a banger and has a more vicious edge to it compared to Death Collector which felt more smothering in its heaviness. The solo at the midpoint adds a really nice dynamic change.

Finishing off the EP is “Terrorizer” which after 4 snares hits storms into a whirlwind of a track, Trem riff and double bass all are present early on and give the song a good momentum. Slowing down at the midpoint with a nice guitar groove and tasty solo before seeing the song out with a flourish at the end.

Production wise all instruments are present with the bass being audible and well placed in the mix, the drumming is perfect for this release Andy Whale’s drumming anchors the songs and propels them along when required. I will admit that Andy’s drumming has been something I’ve enjoyed and for me has been an integral part of his previous band’s sound so it’s really great to see him back on the stool and blasting out Death Metal. This album has riffs galore and shows what a real talent the band has in Mick Carey. Going back to the vocals Kieran is able to bring a variety of vocals with some having a hint of Randy from LOG which is by no means a criticism more of a tip of the that as someone else who has managed to deliver harsh vocals you can understand.

Not to many negatives really as if the EP makes you press play once its finished there cant be anything you don’t like, Id like top see what the band can do with a head down blaster of a track as they have shown they can steam roller you over but can they decapitate you with speed and fury.

If this EP is a sign of what’s to come then the future is bright for Death Collector and collection of songs that for me showcase what is great about OSDM but without falling into any nostalgia traps. For fans of Benediction, Memoriam, Dismember and yes I’ll say it Bolt Thrower but this band is its own beast and I can’t wait to hear what’s next. (Richard Keenahan)