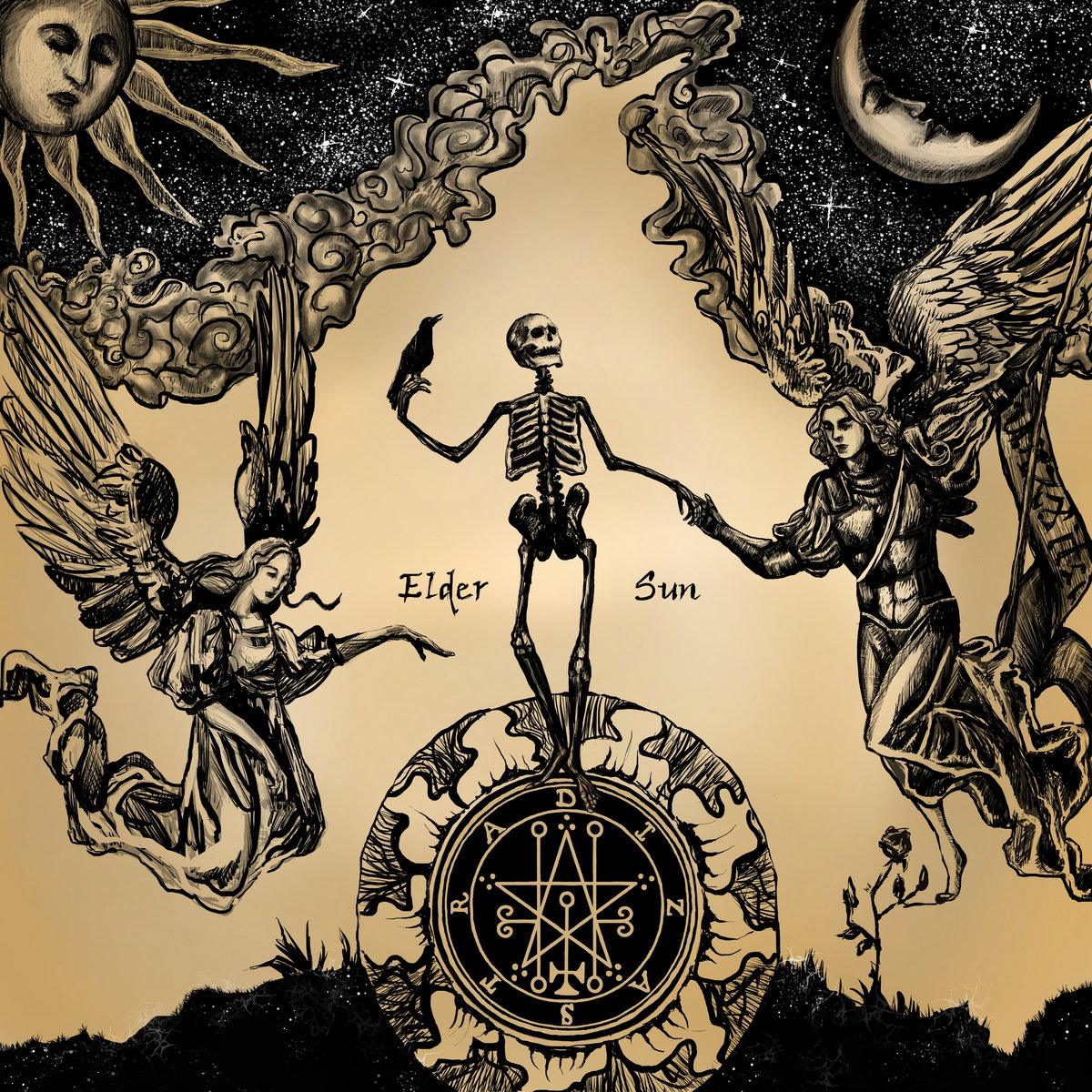 After one EP and two singles, Canadian Black/Thrash metal band Dizastra now’s up for the real deal, their debut full-length album titled “Elder Sun”, released on independent label, and only via the digital way. Okay, they play Blackened Thrash according to themselves, but my idea is they more play Thrash Metal with melodic Heavy metal absorbed in it.

Somtimes a threathening vibe is created like in track “Second Coming”, but overall seen I have another view concerning Black Metal…Track “Mourning Wars” has a nice drum solo to give and in “Dead ov Night” there’s a duality between the main vocals and the backing ones which sounds good. But track “Terminus Est” walks away with the ‘most diverse song’ award on this disc, cause there’s plenty to discover on this one – even as it is an instrumental song: keyboards make their way and give it a peacefull touch and some (prog) Rock influences are alive. One track is pure Thrash titled “Gnosis” – great straight forward track with great guitar attacks! Oh yeah, did I already mentioned melody?

Check out “Peircing the veil”. The vocals from Matt Conti sound screamy and are very enjoyable, the bass sounds great in the mastering and there are tons of speedy riffs to swallow. Definitely a band to follow in the future! (Fredde)