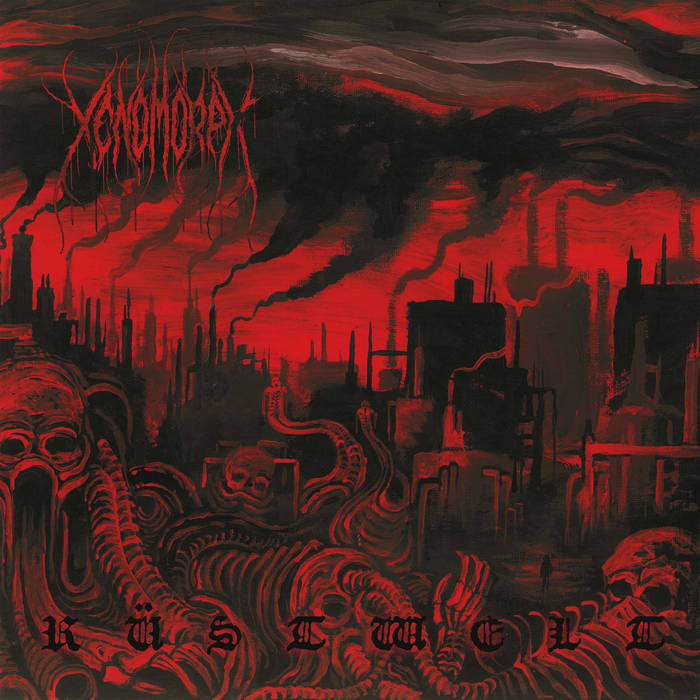 Taoism teaches its followers to live in perfect harmony with the universe, live in peaceful friendship with both each fellow man and animal and practice patience, simplicity and balance in life. Not quite the thing that you expect to encounter when you put on a record by a musician who describes himself as ‘the hated dungeon dwelling nihilistic rustbelt black metal artist’.

Still, that is what you get in the intro, one of the more famous quotes from Laozi (or Lao Zu), one of the founders of Taoism. “The Master doesn’t try to be powerful; thus he is truly powerful. The ordinary man keeps reaching for power; thus he never has enough”.

Ahh, there you have it. Greedy men will bring life as we know it to the brink of the abyss. Looking at today’s news, those 1500 year old lessons are still so obviously valid. With all this the musician behind Xenomorph8472, who uses the same name as his musical project already gives away what to expect when you dive into the world of Xenomorph. Especially when you take a look at the cover art, you know you that if you dive in, there is a chance you’ll never surface again.

Thematically, Xenomorph8472 immerses himself in all sorts of things that have to do with the downfall of mankind and other gloomy struggles. It is clear that Xenomorph himself does not look upon life with any sunshine. The music is a reflection of this. The industrial sound of the guitars feed the cold and bitter feeling that comes over you when you listen to ‘Rüstwelt’. Such a gloomy and jaded feeling of a lost existence, desolate and hopeless. The various other samples and quotes that Xenomorph uses in his music adds to the ambience of (self) destruction. You also wonder which demons he is fighting when Xenomorph screams his cold hatred in your eardrums. The album closes with the Shining cover ‘Black Industrial Misery’, which comes from the compilation album ‘Years Of Oppression’ (2004, Unexploded Records), a song that later ended up as ‘Självdestruktivitetens Emissarie’ on ‘III: Angst – Självdestruktivitetens Emissarie’ (2002, Avantgarde Music). Xenomorph adapted this to a good version of his own, entitled ‘Schwarzes Industrielles Elend’, which I personally even like better than the original one on ‘Years Of Oppression’.

On Xenomorph8472’s bandcamp, you can read that he comes from the Rust Belt, which took me a while to Google, but that’s a region in the USA that had to deal with industrial decline since the early 80’s and with that, urban decay and poverty. That gives all the more context to Xenomorph’s music and perception.

Musically, it may not be the best that Black Metal has to offer, but it is definitely real. This is absolutely no easy listening, instead it is a real skincrawler, something that ‘musically good’ Black Metal certainly does not always achieve. The sincerity with which the music is made makes you doubt the (mental) health of the musician. (FelixS)