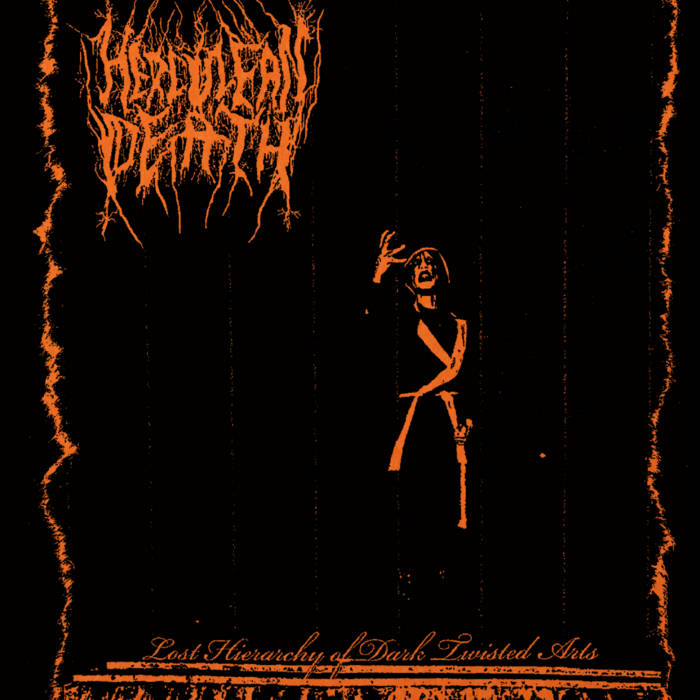 Herculean Death is a two-piece Black Metal band from Portland, Oregon, USA, and one of the 49 (!!) currently active bands and projects (of which a lot of them are solo endeavours) of the ever restless Jared Moran. While I have by no means heard everything from this extremely prolific multi-instrumentalist. Not even every single project, for that matter, I do come across his work every now and then while browsing Bandcamp for underground (Black) Metal acts. And I think anyone who enjoys doing the same must have encountered his work at least once.

Introduced by a Dungeon Synth-like intro, we are embraced with rather warm sounding Black Metal. That might seem contradictory, but it is comparable to Dimmu Borgir’s most enchanting record from 1996, ‘Stormblåst’. While that Norwegian classic isn’t quite as modern as some the bands’ later records, ‘Lost Hierarchy Of Dark Twisted Arts’ is still a tad more Lo-Fi but holds comparable melodicism. The drums have for the most part an up-tempo character, but the riffs are way calmer and have this entrancing nature which is further emphasized by the use of keys. Piano to be exact, which again resembles the first two Dimmu Borgir albums. Yet, the tone of the guitar tends to get a little sharper towards the end of this EP so it finds a little more of an own musical identity without losing the same haunting and at the same time enchanting atmosphere. The instrumental intermezzo and outro are also contribute to the overall feeling.

Because Moran is ‘only’ responsible for the drums, with all the other instruments handled by Finley Allan, who likes to go by the name of ‘Cascadian Destroyer of Degenerate Hordes’, a comparison with Moran’s other musical activities might not be in place. In fact, Herculean Death has quite a bit of its own to be convincing and needs no comparisons. Anyone into Raw and Lo-Fi yet melodic Black Metal should consider checking this bands out.