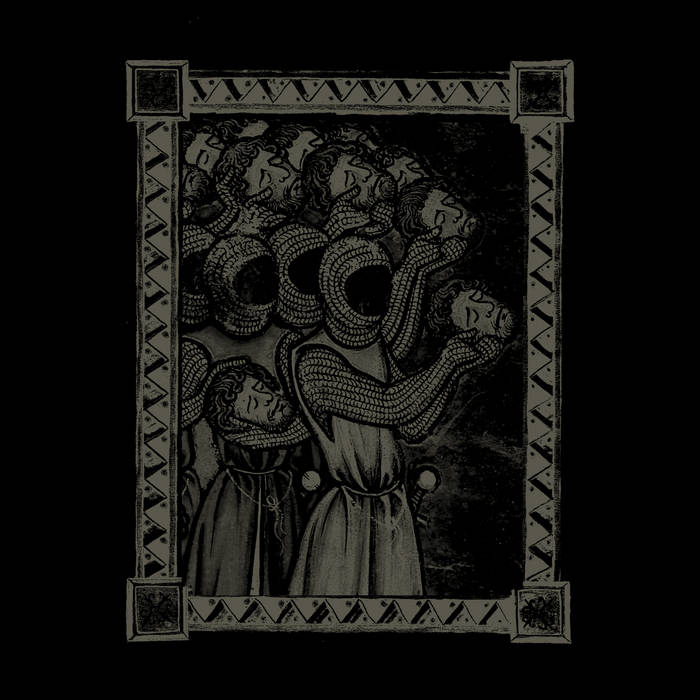 Maliënkolder, Dutch for habergeon, is a new band from The Netherlands, formed by a duo that goes under the names of Knevelaer and Geerling. I am not sure to who these pseudonyms belong to and whether they are in other bands as well, but I wouldn’t be surprised. Though sounding raw as phuck, this 4-track demo comes across as well thought out and well executed.

The duo brings a dichotomy between exciting-sounding Dungeon Synth and Raw Black Metal. Not the most original set-up, but don’t stop reading. The buzzing keyboards and samples of thunder and clatter of arms, touch on the mid-period of (the slightly less bombastic) Graveland in terms of theme, occasionally using some spoken text to further support the narrative nature of the music. The production is equally raw and lo-fi, so the demo really needs several listens to reveal all its secrets. With this, musically it is miles away from Graveland and at times more akin to the likes of Branikald and Bilskirnir, with an atmosphere that reminds of old Forgotten Woods. The vocals also contribute a lot to this, both the common Black Metal rasp that is hidden deep in the sound and the high-pitched vocals reminiscent to for example Forgotten Woods, give this demo a gloomy and sinister atmosphere. A stripped down and minimalist approach is what you get, but through the effective use of samples of battle rage and medieval instrumentation, the raw Black Metal nevertheless becomes epic and this demo grows into one of the better Dutch demos of this year. Highly recommended!