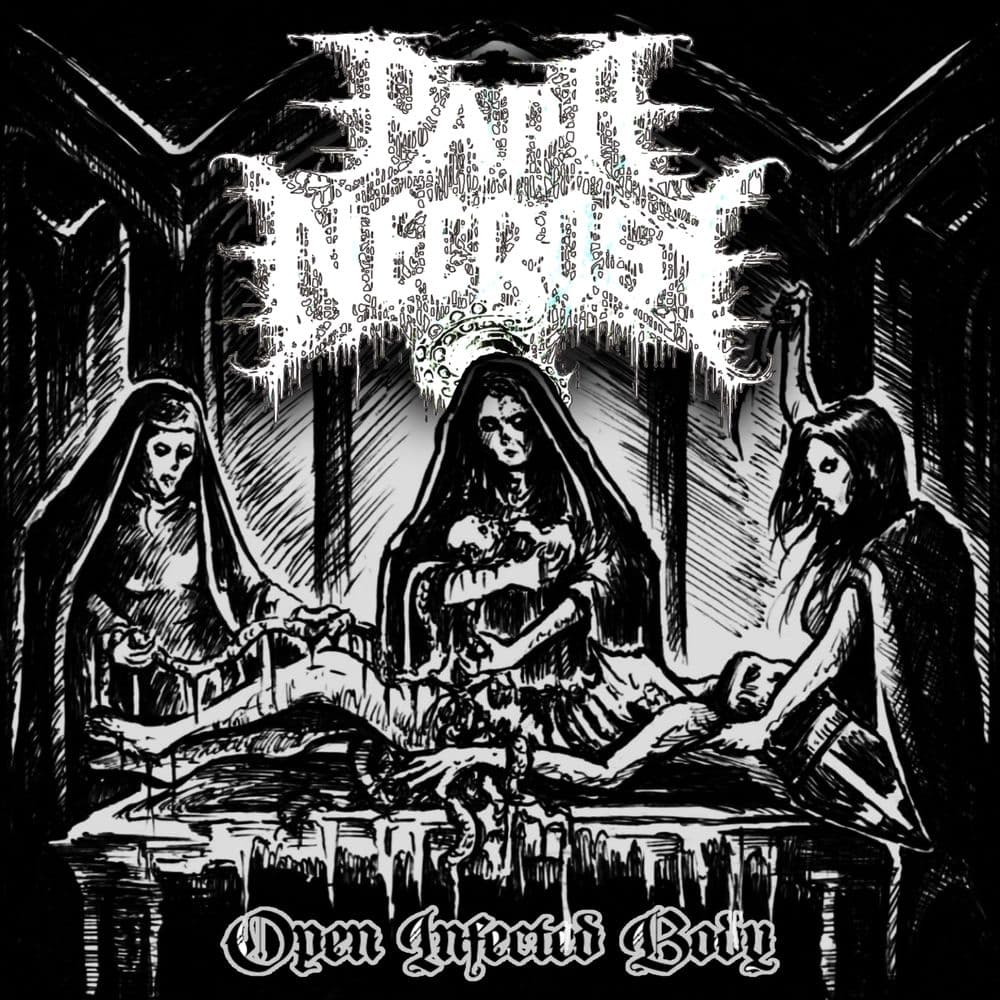 I remember “The Souls Vatican Collector” by Brazilian Papa Necrose being the first album I’ve reviewed for VM-Underground fanzine. My life only went downhill since then, done some prison time, been involved in several international heists, had to fight off some weird sex addictions involving purple frisbees and umbrella’s. But I’m back on my feet now and so is Papa Necrose with “Open Infected Body”.

“Open Infected Body” is the kind of Death Metal you play on the background at first, yet after several spins you catch yourself returning to your stereo to turn up the volume a bit higher, little by little, until you find yourself headbanging at the kitchen sink with your woman eyeballing at you and your children sighing “oh my god, the old man is at it again!” (Franki_boj)