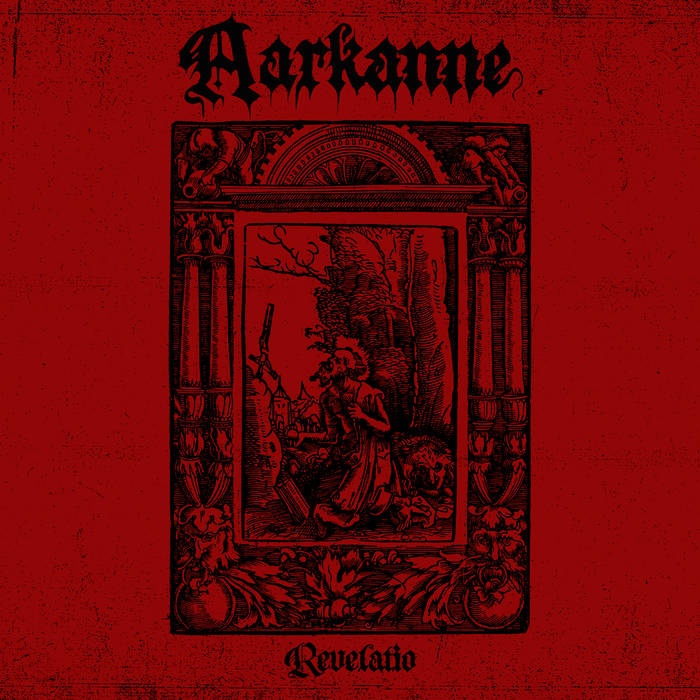 Aarkanne from Chile got a review here on VM-Underground for their full-length, ‘Mysterii’, that was released last year through Ars Negative on CD, Soul Reaper on cassette tape and on vinyl through Inferna Profundus Records, and was described as being both orthodox and ritualistic Black Metal with a Finnish twist to it – though not being much of the reviewer’s cup of tea. This spring the band returned with a self-released digital EP called ‘Revelatio’, with a cover in the same red tradition as its two predecessors.

This 3-track EP shows a slight style-shift, from the aggressive Finnish Black Metal touch they’ve chosen a more rocking kind of approach for one part, while the other is more straight-forward up-tempo Black Metal. The sound, production wise, is a little clearer too, so it does sound little less dense and less convincing too, I’m afraid. There is not much to really complain about on ‘Revelatio’, every ingredient to the Black Metal party is there: fast pummelling drums, raw guitars, some lead melodies a raspy throat… But still they are not quite able to get the party going. And why? Tell me, because I don’t really know. The songs might lack that extra spark to get you enchanted. It is rather one dimensional and flat-footed too. It might either be just the lack of decent song writing, dynamics, atmosphere. Or maybe all that together. My VM-Underground colleague said it was that in the end it was Black Metal. And, that is indeed what it is, this is just Black Metal, but done in a rather underwhelming way. Not bad per se, but with so many other bands doing exactly this, in a much more authentic and powerful way, I am having difficulties in finding a reason to actually spend your hard-earned money on this.