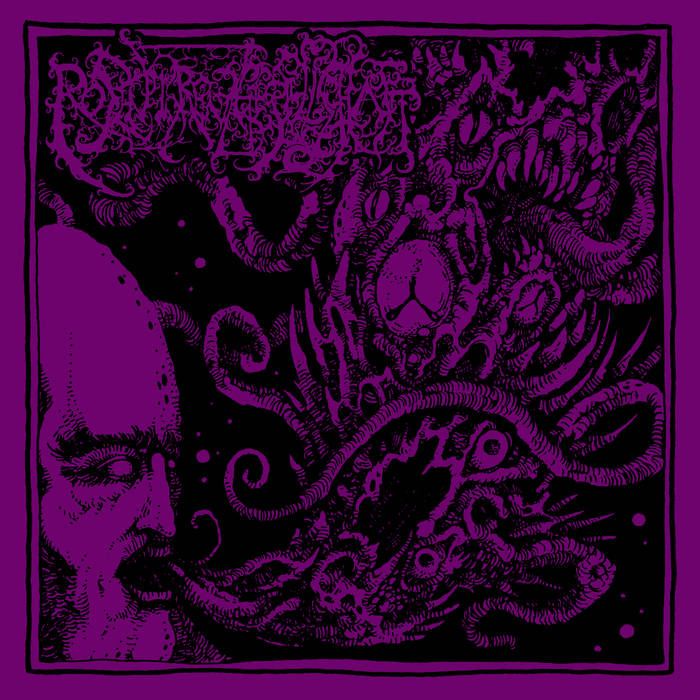 A spontaneous and frenetic debut EP release from the island of Taiwan; the uncompromising trio of Festering Necrolord of Uncountable Legions, (Bass) Sexhammer (Drums) and Dark Fucking Blackness (Guitars) have joined forces to unleash chaos and destruction from the Far East. (With session vocals from the far less Satanic sounding Andrew Lee) Collectively known as Rosenkreuzgesellschaft, (Which is German for Rosicrucian society – a cultural movement that spread across Europe in the 17th Century and is said to be “built on esoteric truths of the ancient past”) the band have entitled the EP using the same name and go on to deliver three devastatingly aggressive tracks, though with a real talent for the instrumental interlude with an Oriental flavour.

Opening track ‘Priapus Reigns (Revival I)’ is a microcosm of styles and sounds. The track begins in a swirling nocturnal chaos before smoothing out into a more flowing and cohesive rhythm. Yet following the previously mentioned interlude, Rosenkreuzgesellschaft descend steeply into a crazed maelstrom of mind altering drumming patterns, vicious riffs and reverb infused bass leads. Yet more notable than that is the bleak, off kilter guitar tones that rise above the seething mass of sound to add a dangerous, creepy aura into the mix. from the extravagantly maniacal and unhinged to the brooding and relentless hostility of ‘Prayer to Blessed Whores’; a shorter, more direct assault of blazing guitar leads and bombastic drumming with a very bass heavy sound and a tendency to descend further into gruelling intensive rhythm, creating a gloomy, sharp edged atmosphere.

This powerful and thoroughly absorbing EP is finished off with the crushing, urgent riffs of ‘Elohei Elohim (Revive II)’ which following a thoughtful beginning soon breaks out into a cacophony of furious growls and shrieks. Again the bands penchant for the chaotic comes into play as they don’t so much wind up the EP, more let it spiral downwards into oblivion. Again, the guitar melodies and stark leads are a wonder. What a superb debut this is. Supremely written and performed with a savage power. I love the grinding, intensive European sound mixed with elements of a more Oriental nature, if only briefly, as well as a sound that doesn’t pay homage to anything but just follows its own flow. Very impressive indeed from Rosenkreuzgesellschaft.