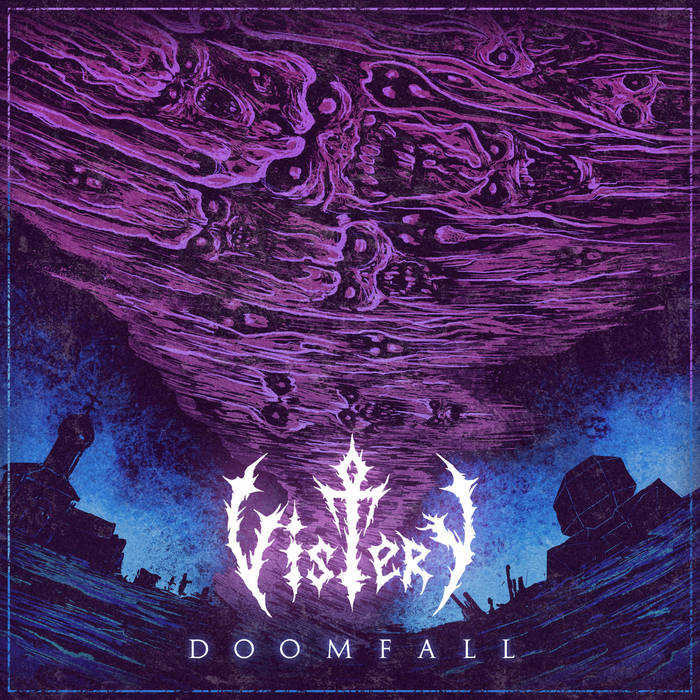 Minsk based Death Metal band Vistery self-released their fourth studio album entitled ‘Doomfall’ back in July 2021. This Belarusian trio play a modern style of Death Metal with a propensity for flailing untethered guitar solos and a brutal slamming drum style that I believe is programmed rather than performed. ‘Doomfall’ consists of eleven tracks and for the most part is delivered at a medium pace. Ivan “Paranoid” on vocals churns out a consistently strong growled diatribe, whilst the orthodox guitar leads are handled competently as is the sturdy bass play. By now you’ll realise I’m grasping at straws for characteristics to talk about and that’s because whilst ‘Doomfall’ is a perfectly listenable album it is also fairly uninspiring, a fact that might explain why the bands last two full length opuses have been self-released. Vistery spend the majority of this forty minute long offering plodding away with very little variety and blasting out paint by numbers bland sounding Death Metal. In truth, Vistery have a style and sound that screams of a band partaking in the act of being in a band for the sheer sake of it with little creativity on display. So whilst there is nothing technically wrong with ‘Doomfall’ on a musicianship level, there is also little to snare your attention. (Marksson)