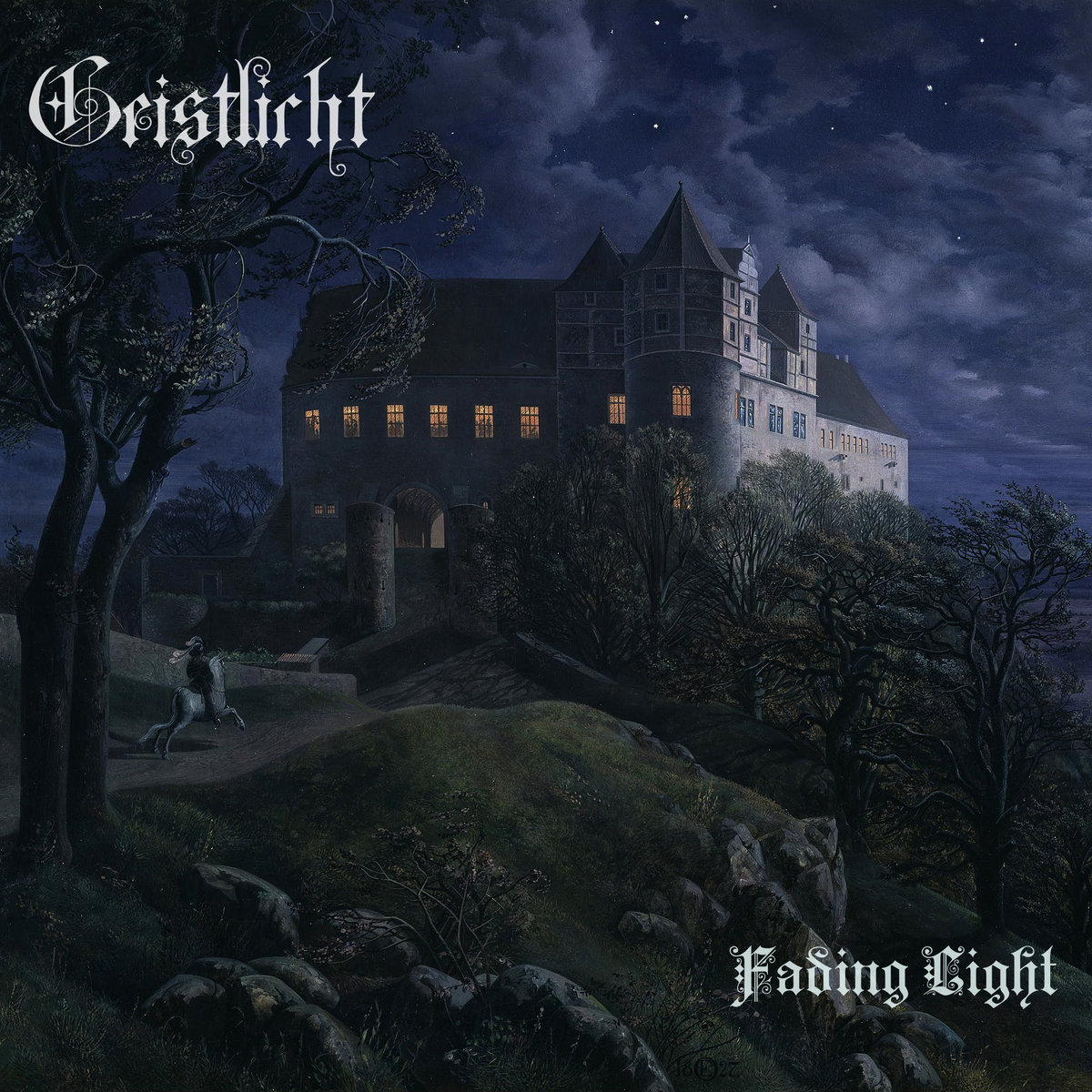 In September of 2022, Geistlicht’s debut release ‘Hidden in the Mists’ pleasantly surprised me with beautiful artwork but most of all, a great album filled with atmospheric Black Metal. Possibly equally surprising, the band wasn’t done releasing albums in 2022, as the second album ‘Fading Light’ was released in December of the same year.

On the debut album the German band has displayed their well-crafted music, which alternated plenty of atmospheric and almost Doomy midpaced sections with faster Black Metal. That formula has remained largely intact on the subsequent album, although there are some differences between the two records. And these are quite accurately described both by the title, and the artwork. ‘Hidden in the Mists’ featured a beautiful illustration of a fall landscape, an image of approaching dusk. ‘Fading Light’ is adorned by the painting ‘Castle Scharfenberg at Night’ by Ernst Ferdinand Oehme and illustrates the equivalent of night. Musically, this manifests itself in an altogether darker and more melancholic atmosphere on ‘Fading Light’. This doesn’t come at the cost of melody. In fact, opener ‘Full Moon’ is possibly more melodic than the previous material. But it hasn’t at all come at the cost of that darker edge of the music. This slightly more emphasized melody and a frostier atmosphere is a feeling that comes back throughout the album, and it feels like a logical step to make. By no means was the material on the debut bad, on the contrary, but everything just falls into place a little bit better on the new album. Some new additions like female vocals in ‘The Wisdom of the Dead’ help to further cement that progress. But more than anything, the new album is simply a step up in their songwriting. For example, ‘Behind the Black Walls’ masterfully blends a Doom Metal passage into furious Black Metal and illustrates the band’s ability to weave all sorts of influences together, while ‘Everlasting Obscurity’ sees the band at their harshest, heaviest and most haunting with great effect.

If you were also enamored by Geistlicht’s debut you will be delighted to find that their blend of melodic and atmospheric Black Metal with occasional sidesteps to Doom Metal territories has been upheld on ‘Fading Light’. To me the album feels a tad darker, but above all a logical next step and improvement over an already excellent formula. It’s about time a label picks up this band and releases the material on physical format. The band really deserves to be heard.