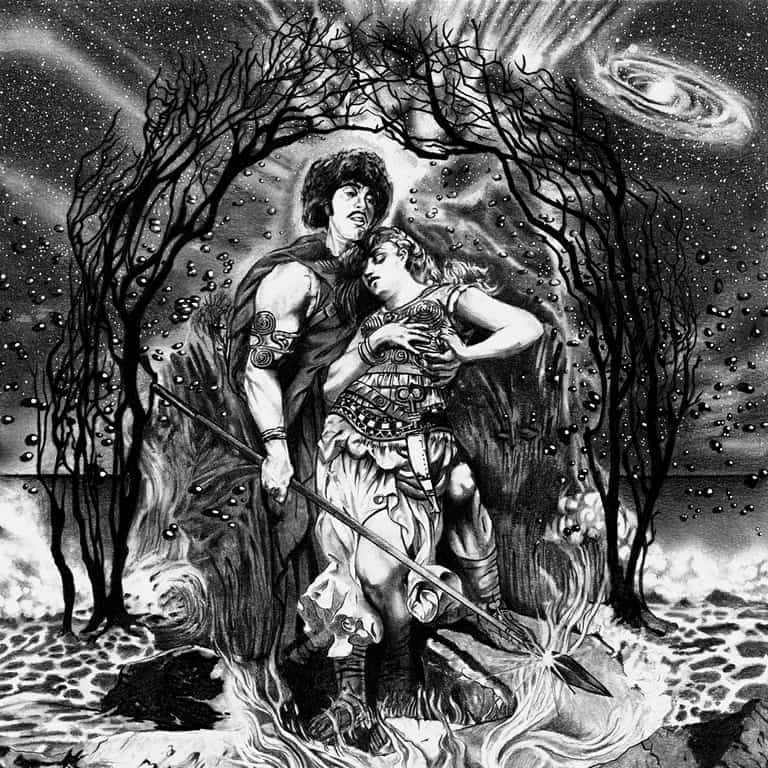 I got this album for review with these words “there are bands with long songs and there is Murk Rider”. We get the debut album which lasts 1 hour and 22 and a half minutes closing in 3 tracks! That looks impressive with the shortest track “Descent” closing at 21:58 minutes and longest “Return” at 31:21 minutes.

With tracks so long there’s always fear that music will be boring and will drag like hell. Last band that did something similar or went even beyond was Japanese Sabbat with their album “The Dwelling” with had only one track which lasted 59:49 minutes! But what track that is, you don’t get bored during that time at all. But back to Murk Rider debut. Did they managed to achieve similar thing?

Judging by the cover, which by the way is really good, I was scared there will be lots of Sludge slow parts which will make me fall asleep. Although there are some Sludge parts in their music, Black Metal is the dominating force in it. As a whole “Exile of Shadows” isn’t an easy album. There is quite a lot of sounds of nature in it which can put listener in almost reflective mood. At the beginning it was putting me off this album, almost irritated me as a listener when after a cannonade of Black Metal riffs, we got a breather in form of nature sounds (flowing stream etc.). But with time and listening to the whole album it makes sense. It all comes together perfectly to create a different landscape.

As said “Exile of Shadows” isn’t easy album to listen. It’s not that relentless 30 minute Black Metal shoot from start till the end. As a listener you need to concentrate on it, give it your full attention. If you’re willing to do that, you will be put through a hell of a ride. Although my first impression wasn’t perfect, after few listens I really like “Exile of Shadows”. I can’t recommend it to everybody and it won’t be a contender for the album of the year but definitely its worth to give it a listen and there is a slight chance that you will like it. I know I did. (Sulphur)