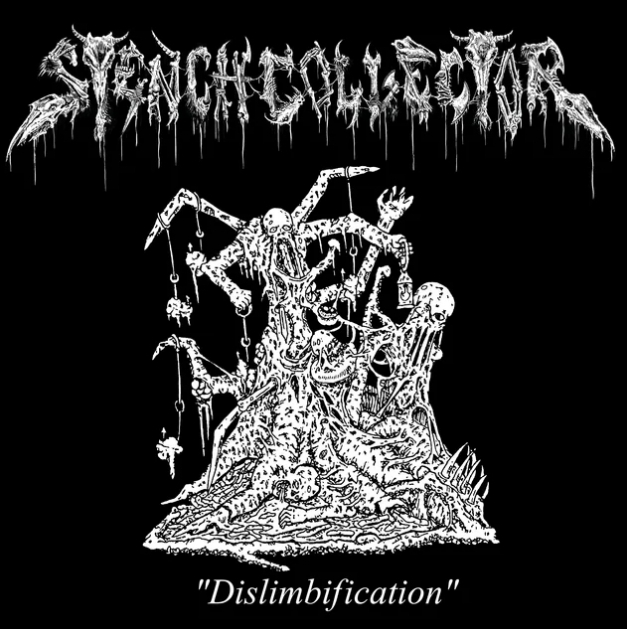 After last year’s ‘Effluvatorium Du Jour’ EP, released via Redefining Darkness Records, Stench Collector returned this February with this 1-track EP/single. The previous EP showed the band as a rather simple Death Metal band that basically threw all the musical ingredients of their favourite bands together and forged that into a pretty good serving of gory 90’s Death Metal.

The same happened on this one track. ‘Dislimbification’ still sounds like a good Scott Burns-produced track, but it also sounds a bit more modern and a bit less like Autopsy. That it sounds slightly less gory already starts with the intro, which no longer offers rancid scenes but introduces the track in a rather spooky way. However, it is still honest 90’s Death Metal with crunchy riffs and tasty grunts taking centre stage. To which it is again worth noting that it brings nothing new, but just clearly is the result of a bunch of fans playing the music they love so much themselves. Stench Collector still sounds unpretentious and just offers a fair portion of Death Metal. Nothing more, nothing less.

Unfortunately, this EP/single will also be the last with bassist/singer Mark Pechak. He passed away suddenly last summer, leaving Stench Collectors behind in the hands of Shawn Chouinard (drums) and Brendan Halton (guitars). The future for the band is, as far as I know, not entirely clear yet. In any case, ‘Dislimbification’ did become a worthy tribute to Pechak. Now it is up to Chouinard and Halton to consider the bands’ future. (FelixS)