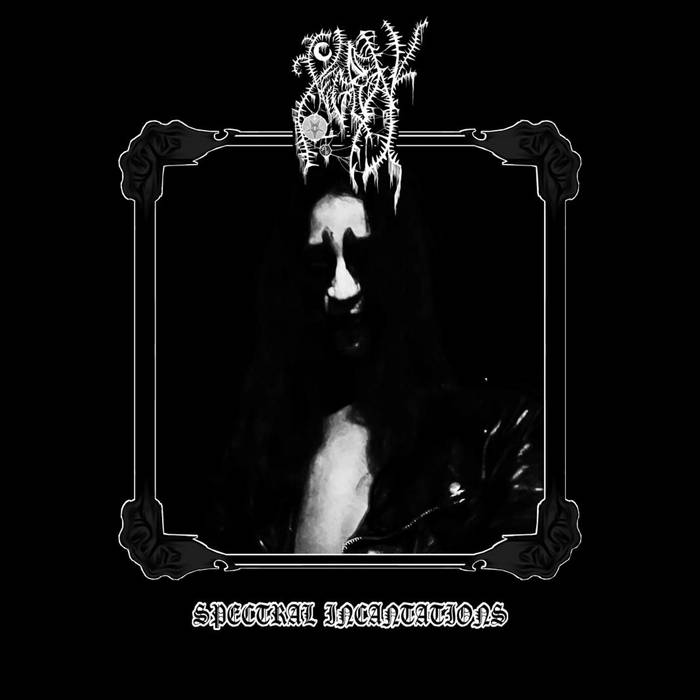 The advantage of making and releasing music on your own is that you are not tied to others for the times when you want to or can work on the music. This also unlocks the other aspect: the pace at which you write your music and release it upon humanity. Mina, the tormented figure behind Xegren, is releasing this “Spectral Incantations”-demo just a week after the “Everything Dies”-album. So, whether you’ve already recovered from Xegren’s first works or not, here’s the follow-up already.

Like the previous album, this piece is also introduced by a rather lengthy intro, ‘Blod På Stearinlysets Flamme’, which freely translated means ‘Blood Of The Candle’s Flame’, which is more of a low-fi Dungeon Synth-like buzz. Then Mina erupts into a three song Black Metal set that follows some more standard Black Metal patterns in which her hateful and icy vocals and the drums-tracks are more brought to the front. No dark and dismal sound this time, but a more clear sounding hateful production (dis)graces these new tracks. With this Mina harkens back to the sound and feel of the 1-track demo-song ‘Risen From The Depths Of Suicide’. Just to be sure, a statement like ‘more standard Black Metal’ is by no means a disqualitfication, on the contrary – when played well and, more importantly, the feeling is right, then you have what you came for: Black Metal. Mina herself comments on these new tracks: “Forged and brought to this realm out of brimstone and hellfire. Ice cold tracks, frozen spells and incantations. Brought forth to this realm of existence”. This is actually a pretty accurate description of what to expect, but if this is not enough for you yet and if you do appreciate a musical comparison, I think early Gorgoroth comes closest.

At this point we have seen, or, heard better, two faces of Xegren. The extremely low-fi, murky and haunting sound of its debut demo-tape and the ‘Everything Dies’-full-length on one hand and the faster and more straight-forward Black Metal of this demo and the 1-tracker ‘Risen From The Depths Of Suicide’ on the other. Although both takes on the Black Metal genre are somewhat different, the leitmotif in Mina’s work is clearly the personal (dark) touch she gives to it. These two faces might be part of Xegren’s musical development, or maybe just the result of what comes up in Mina’s mind when composing new music. Either way is fine with me and with ‘Spectral Incantations’ Mina just added another great chapter to Xegren’s discography. (FelixS)