Wombbath – The Weight Of Reality [EP] 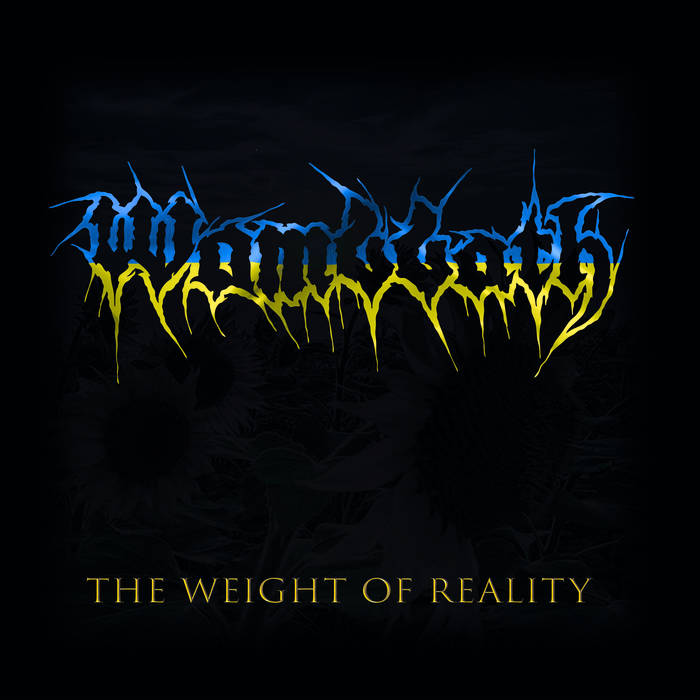 Pretty soon after the Russian unprovoked invasion of Ukraine last February 24th, many labels and bands expressed their support for Ukraine and its many metal bands. Benefit concerts were organised and special editions were released, all of which proceeds benefited various Ukrainian causes. One of the bands that took action very quickly was Sweden’s Wombbath, they made this ‘The Weight Of Reality’-EP available on their Bandcamp and announced that its proceeds will be transferred in full to the UNHCR.

I assume that the band still had these songs shelfed or were otherwise planning to release this EP around the same time anyway, as it only took them nine days to set up this initiative. Although by now, at the time of writing, we are already counting 223 days of war, the urgency has in no way diminished and support for Ukraine is still important and this very sympathetic gesture could still use encouragement.

Musically, Wombbath offers their familiar Swedish Death Metal. However, the post-reunion albums have shown quite a changeable sound, sometimes making it sound very compressed or, as on the latest album, ‘Agma’ (2021), even somewhat experimental. On ‘The Weight Of Reality’, the band takes a bit of both, it sounds undeniably Swedish but with the addition of some subtle synths and even some choruses, these songs have a bit of the same fresh character as ‘Agma’. Well-played solos and leads are not shunned either. Actually, only the last song is of a slightly lesser level, the riffs, melody and vocals seem a bit less effective and inspired. Wrapping these four songs  up: not at all disappointing, Wombbath is able to deliver a solid piece of Death Metal.

So not only a sympathetic gesture, but also quite interesting musically, and it can definitely bear the Wombbath name. Out of a musical perspective, I hope that this material will also be released on physical format – with or without a donation option. Because that was the main point anyway. Now that the war only seems to be going on longer and there is no end in sight yet, it shows again how important this kind of financial and mental support is, so attention should not waver. (FelixS)