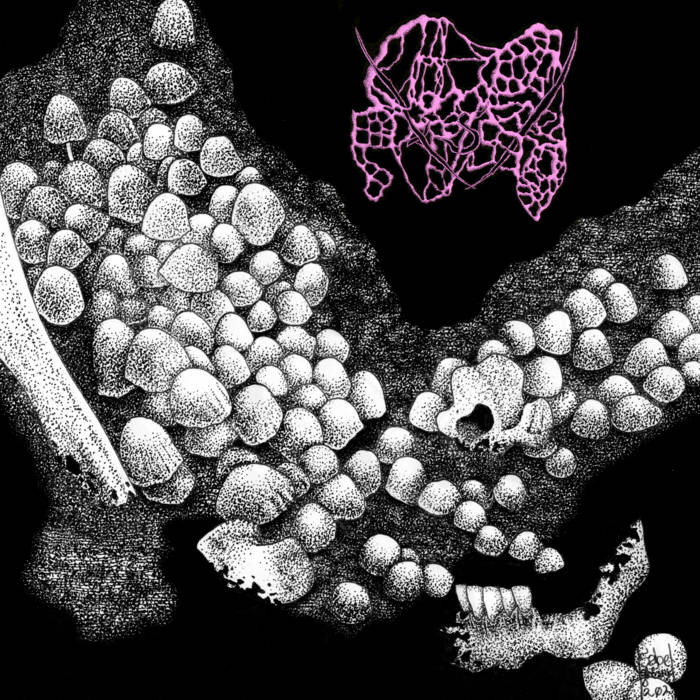 ‘Dissolved in Hyphae’ is the debut demo release from New Orleans Death Metal quartet Congealed Putrescence. Self released as a digital only offering, this is three tracks and seven minutes of putrid and brutal Death/Grind that literally jumps out at you from the very first moment of barked aggression. Thich chugging riffs are very much the order of the day, combined with steely guitar leads, a bass tone that rumbled chaotically in the background and crushing raw edged drum tones. There is a great deal of distortion on the bass sound, something which becomes more apparent during a couple of brief interludes, and this scuzzy production all adds to the frenetic, murky atmosphere that Congealed Putrescence creates. Rather than a flowing, catchy brand of Death Metal, this demo has a far more grinding, volatile mood to it and everything from the vocals to the percussion and everything in between feels raw, primal and savage. A nasty debut release from a barbaric band.