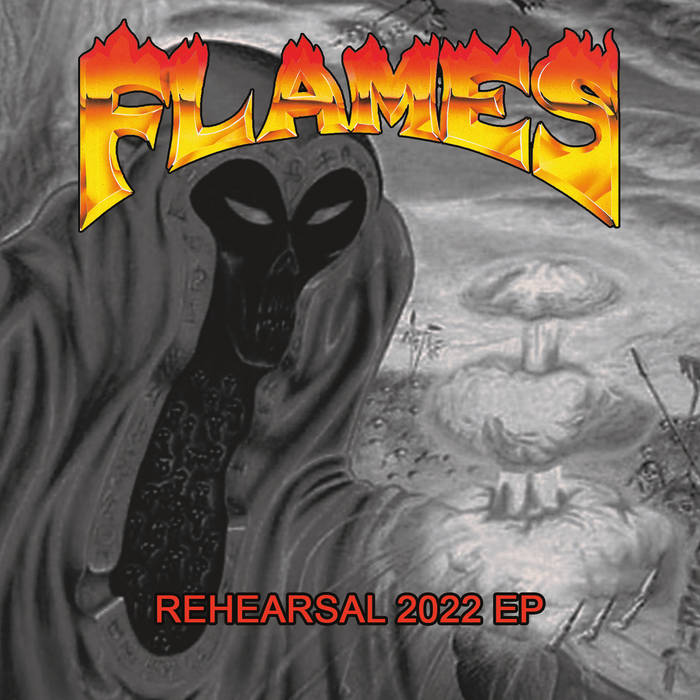 Hot on the heals of their first album in over a quarter of a century, the Greek Thrash Metallers of Flames self-released this 2-track rehearsal EP. So, people who can’t get enough of their riff fest sort of Thrash Metal, can also get themselves this 2-tracker from their Bandcamp page.

The two tracks, ‘Sea Of Blood’ and ‘Jesus Christ’, were originally released on their 1991 ‘Nomen Illi Mors’-album, which was one of their least their least well-received albums back in the day. And in all honesty, if you listen to the originals, you can see where that was coming from. The very lo-fi production made them sound rather flat, for a full-length record of a band like Flames, the album sounded like a sort of rehearsal demo.

That the individual songs are not all that bad, can be heard on this new rendition. With its new line-up Flames gives the songs a huge kick in the butt. Not only are the songs played much tighter and more riff-oriented, but it is the sound update that is the most striking – even if these recordings are just done in a rehearsal setting.

Though I never had much of a problem with that rawer and underproduced sound of the original album, I do think that this 2022 overhaul of those two songs give them the tracks a bit more credit.