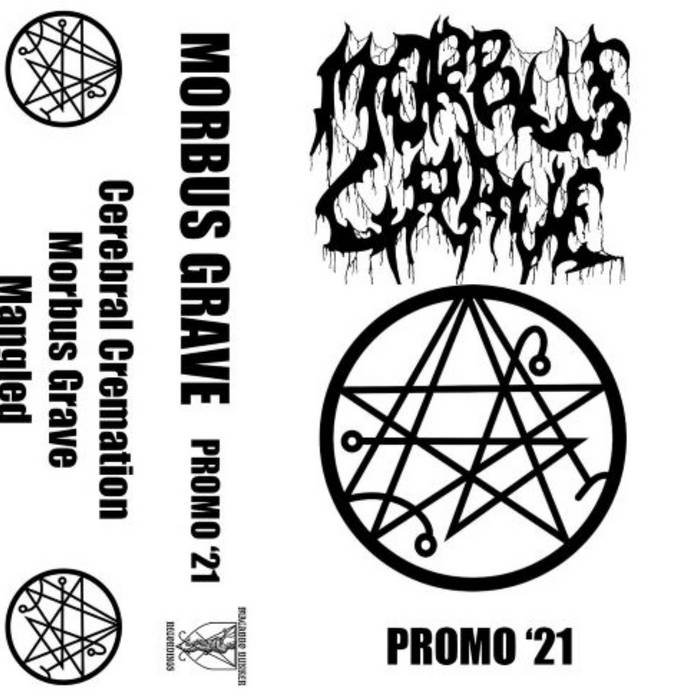 At VM-Underground we already shined our light on Morbus Grave’s compilation of two of the bands early demos (‘Throne Of Disgust’ from 2016 and ‘Awakening Of The Dead’ from 2019) as well as their latest split release with Deathfucker (what’s in a name?). On both of the releases we were overwhelmingly positive. That made us looking forward to new material from these Italian Old School Death Metallers. Not too long after the aforementioned split release, the band came up with a self-released 3-track promo simply called ‘Promo ‘21’.

As the title suggests, these three tracks meant as a promo for the upcoming album, which saw the dark of night in September this year. The three tracks also ended up on the full-length album and represent the Old School and rather raw Death Metal that Morbus Grave stands for. The first time I heard the band name, my thoughts went to the great Swedish Morbus Chron and immediately started humming along to their big club hit ‘Creepy Creeping Creeps’ in my head. Though Morbus Grave is a little different, the origin of the band is a bit alike. Old School Death Metal with an atmosphere that is not too far away from Black Metal with lots of reverb and a stripped-down rocking sound. A little Autopsy and a bit of Slaughter and there you go… It reminded me of the rougher recordings of Maim too, but then again, they were pretty much a Autopsy and Slaughter inspired band as well. The tape definitely did what it was set out to do, inspire and promote the new album.