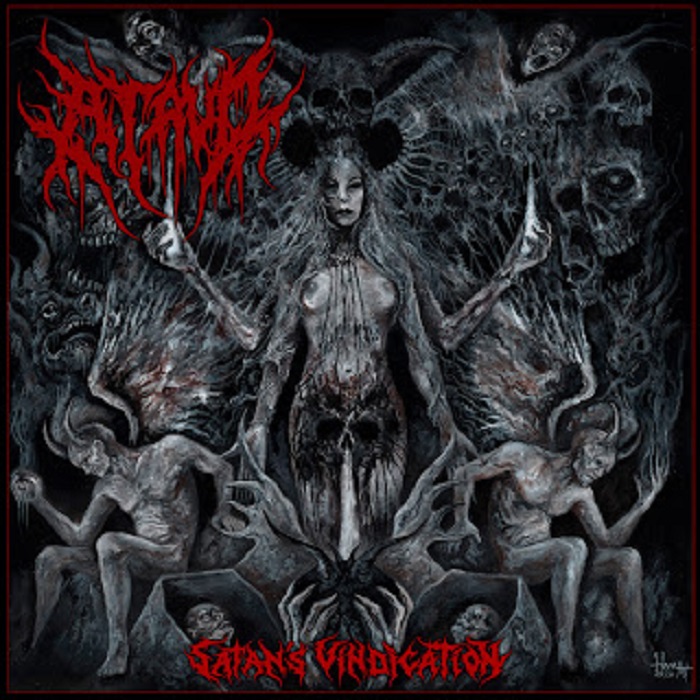 It has been a long seven years since UK based South American Satanic Metal band Ataud unleashed their debut album ‘Apostasía Absoluta’ upon the world. Now though, the London based five-piece have returned and are set to unveil a second album, ‘Satan’s Vindication’.

This time around, Ataud have opted for a full frontal savage attack of trigger happy machine gun style drum beats, played with skill and at almost impossible velocity! On top of that the unrelenting roar of thunderous guitars and the feral savagery in the growls all combine seamlessly into a maelstrom of unrepentant Death Metal barbarity! Interestingly, the Death/Thrash of the bands debut offering is a thing of the past here, and instead Ataud have combined their Death Metal with elements of Dark Metal and Black Metal to create something that feels more destructive, more visceral and something way more disturbing than anything on their previous opus. In truth, it’s a change that the band sound very comfortable with as all traces of their Thrash influence is erased, and a more urgent, intensive Satanic style has emerged and dominates!

‘Satan’s Vindication’ feels South American. It has a volatile and ferocious atmosphere, a core of truly raw aggression that South American extreme Metal personifies. It has a gritty, violent style, with a heart of darkness! (Marksson)