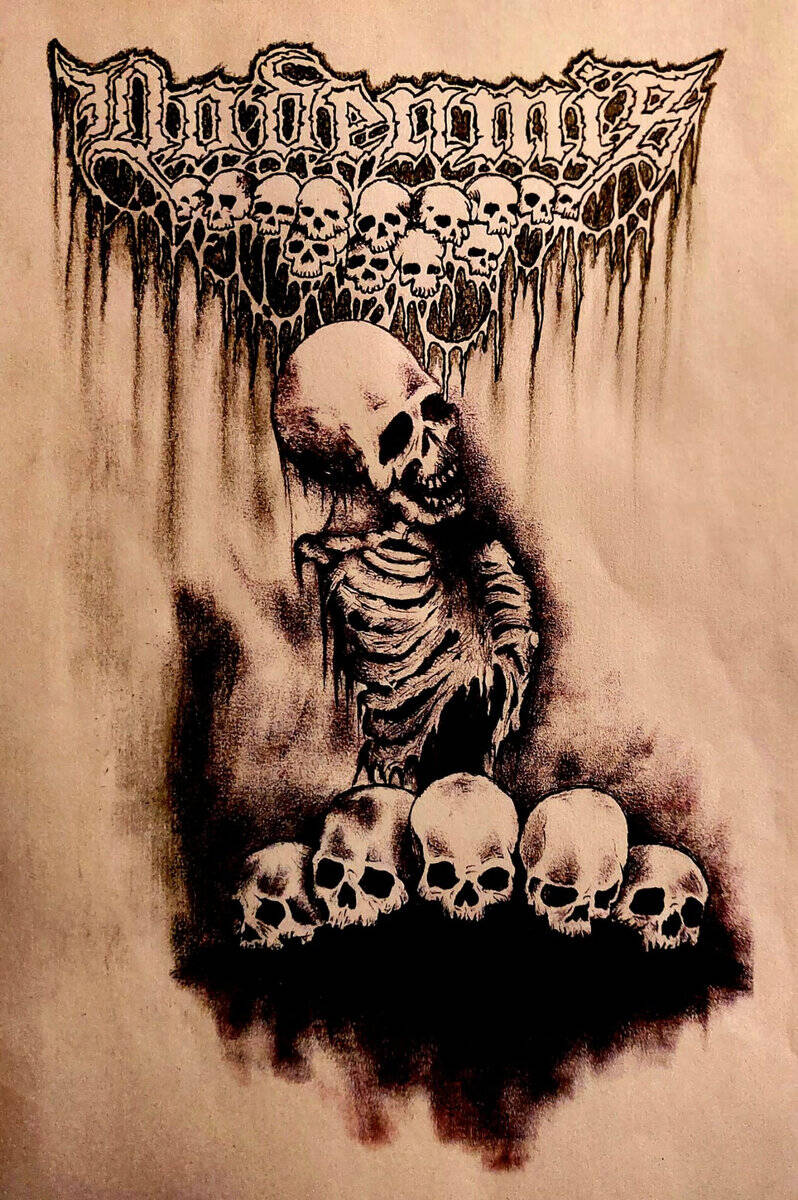 Although being in the making for quite some time, Belgian’s Dodenmis finally materialized in 2021 and now comes up with its first demo, simply called ‘Demo 1’. Sprung out of the mind of LQW, known for past and present work in Alkerdeel, Serpentcult, Leng Tch’e and Thee Plague Of Gentlemen and who also used to be a part of Vampire-Magazine as well (the predecessor of the very zine you are reading now).

On their first demo Dodenmis brings forth a two-song set of unadulterated Morbid Angel-worshipping Death Metal. Complete with dissonant guitar parts, hazy leads, growling vocals and those unique dynamics. The (programmed) drums give it the right Morbid Angel vibe by alternating between slow double-bass parts and fast blast beats. Especially the second track, ‘Ghatsly Pale Spectors’, reveals a lot of the main inspiration, that is really just ‘Covenant’ all over the place.

Anyone who has Morbid Angel close to their hearts would do well to check out this two-tracker. It has however to be said that singer Wesley doesn’t exactly have the same vocal abilities as Dave Vincent, but that shouldn’t spoil all the fun. (FelixS)