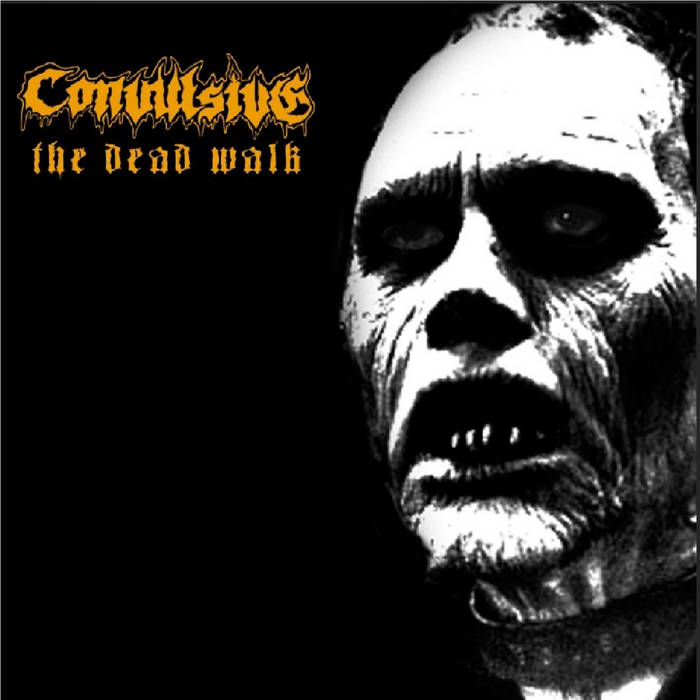 The Brazilian four-piece of Convulsive released a pretty convincing Death Metal album at the very start of this year, but already returns this fall with a self-released digital EP. If I am correctly informed, these tracks will later be part of a split release with fellow Brazilian Death Metal band Podridão of which the release date is not been given yet.

While Convulsive’s debut album sounded really professional and had a very heavy, yet raw production, the two tracks on this EP (not counting the intro and outro) are even a tad rawer. Although no information about its recording process is given, I wouldn’t be surprised if these tracks were taken from a rehearsal recording. But, frankly, this just works perfectly for Convulsive. The music offered is in the same line with the bands’ debut album, which held some great Death Metal in the vein of Autopsy, Incantation, old Paradise Lost, Purtenance and Convulse. The rawer edge of these recordings give these new tracks an even more authentic feeling, which definitely benefits the overall listening experience. I had already recommended the album and I do the same for this rougher EP, definitely of interest to anyone who likes Old School Death Metal and is not necessarily hot for the current (Cavernous) offerings in the genre.

Although I have no clue on what format the split with Podridão will be released, I do hope it will be an analogue sound carrier of which I am sure it will further emphasize the Old School vibe.