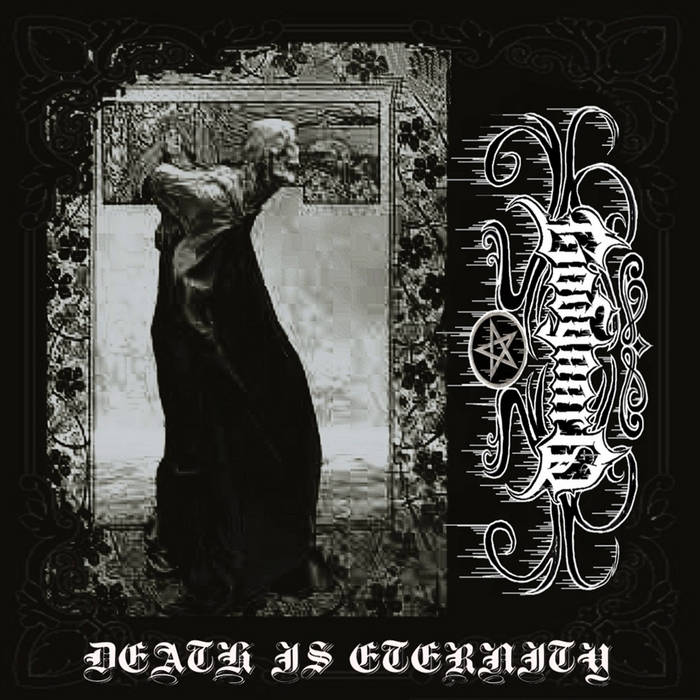 ‘Death Is Eternity’ is Godgaard’s third album that was released together with the first two. Where the first one was a rather primitive offering that was hardly worth of its release, the second album had a little more to offer: it did sound a bit more melodic and above all it sounded more coherently.

This third album starts of with an semi-acoustic guitar and whistle that would fit any Clint Eastwood-movie, but is a raw and primitive Black Metal album. So the more melodic take on Black Metal that was heard on ‘Valak’s Adulteries’ was dropped again, having it stripped down again to the genre’s basics but without the unpleasant sound shifts of ‘Bible Desecration’. Sound wise things have changed a little too, the kick drums are pushed back in the sound, which is good, but now it is the guitars and the gritty vocals that are too much on the forefront and prevents the album to sound organic or natural. The keyboards do add some atmospheric breaks, but are overthrown by the loud guitars so the atmosphere doesn’t last for too long.