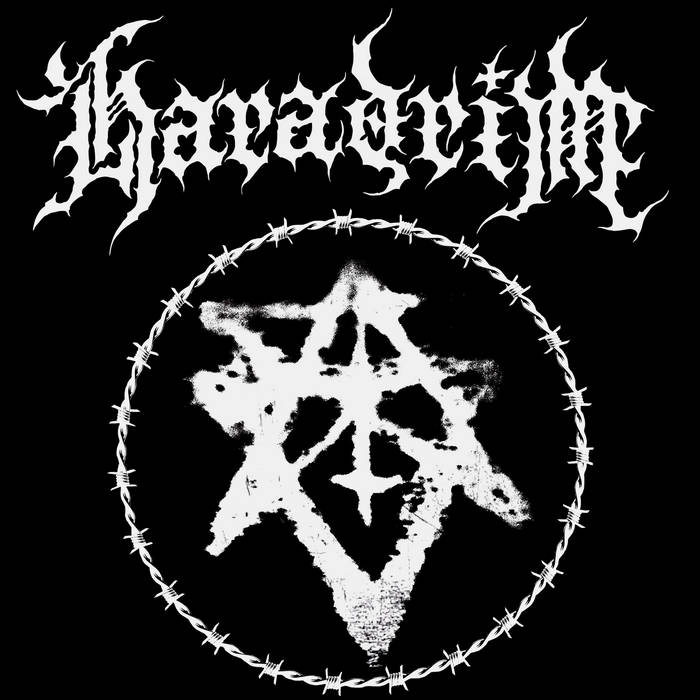 For the non-Lord of the Rings aficionado among us: The Haradrim were the race of Men from Harad in the region of Middle-Earth, directly south of Gondor. These people were ruled by many lords, until in time Sauron corrupted them and called them to war. They were among his most notable Mannish allies in the Third Age. But if you think that this Swedish duo, that goes under the name of Haradrim, are crafting their Black Metal in the same vein as Summoning or any Tolkien-themed band you are wrong.

Instead, Haradrim immerses their Black Metal in a pool of Crust Punk. Both tracks on this demo are rather riff and bass-heavy and the up-beat crust-like drums, especially on the second song, ‘The Price Of Compliance’, do remind quite a bit of the Relapse Records-era of Disfear. The guitar sound on the other hand is definitely more Black Metal orientated. Which makes this a nice mix between Black Metal and Crustcore. Though, not much like we heard for example Impaled Nazarene on ‘All That You Fear’ (2003, Osmose Productions), but something we heard from the more melodic (Swedish) Crust bands. However, it really misses that catchy spark that many good Crust (but also Black Metal) bands do bring – the real aggression is missing. In the opening track (‘Godless’) the guys throw in a pretty melodic guitar solo as well, which is in stark contrast to the music. With this first demo, Haradrim comes up with a rather unorthodox sound. If you are not averse to this, you should definitely try it. It will only cost you 8 minutes of your life, because the songs are over before you know it.