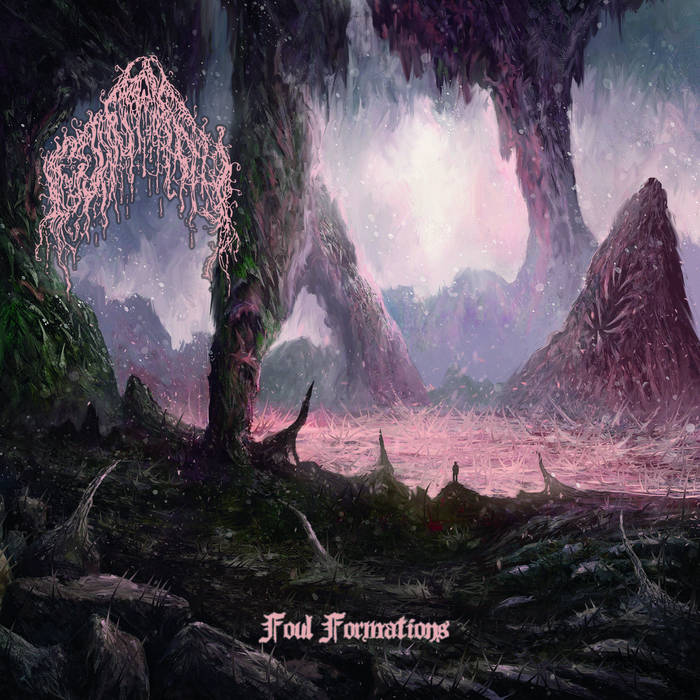 According to their Facebook page, Conjureth is still unsigned. Do you all have dried up babyshit in your your ears? Give these talented guys a deal. Conjureth only needs four tracks on this “Foul Formations” demo to batter the snot out of your nostrils. These four pieces of  nasty OSDM-blood clots are more than enough for me. No intro’s, no redundant fillers, just fifteen minutes of full out blown, blistering Death Metal.

During the first listen, each song merged into the other because the production feels quite massive and jammed with little musical space between the instruments. After five spins, the many details that give these songs their distinct character emerge.

Despite the fact that these tracks were cast in the same iron structure, there is sufficient attention to detail, this also proves to be one of their strengths because this creates a coherent whole. Conjureth does not participate in the blast beat circus, they keep the pace high but never switch tot supersonic speeds. When things do slow down a monstrous groove boils up from the carbon black void.

So, put on your headphones or turn up your amplifier to maximum volume, drop into your easy chair, grab the awesome cover and let yourself be overwhelmed by Conjureth. (Franki_boj)