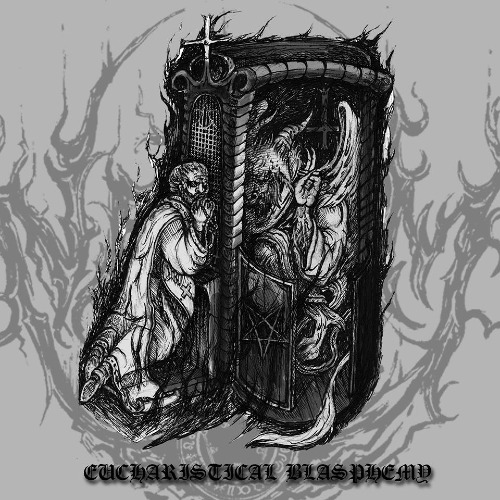 For some reason, I usually don’t understand the more melodic stuff some artists play, so when I got approached to listen to a Bandcamp release by Sri Lankan band Nefertem, it took me almost forever to make myself listen to it. And after things like this one happens, I immediately regret not listening to it sooner. Don’t get me wrong, but bearing the tag ‘Melodic Black Metal’ can be very misleading, since people can tag their music with tags that literally have nothing to do with their music. Thankfully, this Colombo five piece band doesn’t fall in that group of people.

Active since 2013 and releasing their debut in 2017, with one EP prior the album and one after the album. This is the review of their sophomore EP which was released in 2019. It contains four tracks, one of them, the intro being a choir sung piece simply titled “The Gospel of the Heretic”. What follows the intro, is a combination of Black and Death metal that confirms why the intro bear the title it does. Scorching guitars and spastic drumming mixed with growling vocals, but everything is mixed just the right way to occasionally hear the traces of melody. The intro also builds up an uncomfortable atmosphere which lasts throughout the album and gives an excruciating feel to the lyrics which cover  the cycle of life and death, including atrocities people commit or go through.

Sometimes inability to access something from the world (fans of physical releases will definitely understand what i’m talking about) will give you a chance to produce something new. This is one of the aspects this band has, but there are many more they will describe in their next releases, that I’m sure of. They will release a split with Indian death metal band Warmarshal sometime this year so… Watch out for them. (Black Mary)