Journey into Darkness – Multitudes of Emptiness 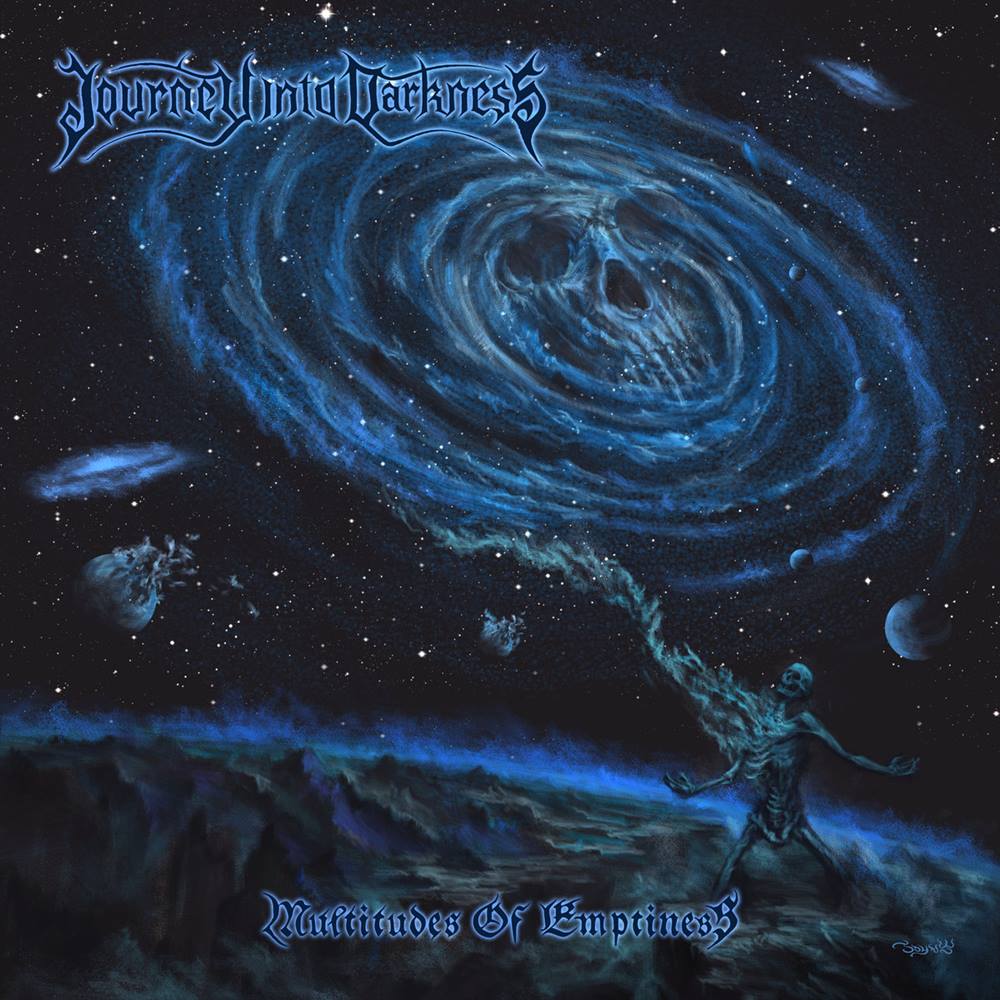 Symphonic Black Metal seems to have been a mostly overlooked genre for at least the last 20 years.  Some of the bigger acts seemed to have ruined the genre for just about everyone else.  To be blunt, if all you have to say about Symphonic Black Metal is regarding acts such as Cradle of Filth or Dimmu Borgir, then you just have not heard enough of what is out there.  Emperor is a fantastic band, but since their last actual album was released in the year 2001, there just is not much more to say about them, other than they began my journey into this style of tunes.  I would eventually search through various issues of “Metal Maniacs” and “Terrorizer” magazine among others to eventually come across great finds such as Sirius or Limbonic Art.  The art of the genre seemed dead for years, but I would still come across bands like Crionics, Vesania, and Obsidian Gate.

These bands mentioned have proven that there is more than corsets and attempting to be operatic for almost an hour.  There is more out there than just a barrage of pentagrams and uttered blasphemies.  Sure, satanism is definitely most often viewed at as the sum of Black Metal.  However, there are some bands that are able to keep the inherently evil sound intact while wailing agonies about exploding stars and the evils of space.  Science Fiction themed black metal should be opened with welcome arms, but there will only be a small fan base for the genre at best.  For those that refuse to give up, there is gold out there, but one has to dig rather deep to find it.  Said gold never really appears in abundance.

Enter Journey Into Darkness, a one man project from Brett Clarin from Florida of all places.  The first album, “Life is a Near Death Experience” went mostly unnoticed as there was nothing remotely Black Metal in the slightest concerning this release.  The album showcased some decent synth work, but was purely instrumental.  I have no negative remarks for the debut album at the moment, yet it was sure no epic Symphonic Black Metal release.  Almost 25 years later, the former Death Metal musician turned to aspiring experimental electronic writer has released something even better than a follow up.  In the year 2020, Clarin has managed to release his own spin of atmospheric and legitimately evil sounding science fiction themed Symphonic Black Metal.  There are no corsets or love letters to vampires, as this pandemic era release fits more within the confines of bands already mentioned such as Sirius, Crionics, Vesania, and Obsidian Gate.  Do not expect much in the vein of Bal-Sagoth (with the exception of “A Black Moon Broods Over Lemuria”) from this as “Multitudes of Emptiness” delves into far darker territory.

While I am quite weary of the first track being instrumental only, I have to give credit where credit is due, here.  “Into Nothingness” is honestly one of the most unique creations I have heard in recent years.  Very few albums make me feel as if I am sinking into a dimensional void through the cold confines of space.  The album as an entity has a horror element to it. There really is not a bad song on this release, but I felt it went by too quick.  Blink and this one is over.  That being said, there is quite a bit of unique music crammed into this.  “While not quite as magnificent as the other bands mentioned, the creativity presented here is simply staggering and very memorable.  “To be Human is to be Inhuman,” another instrumental titled “Desolation,” and “the Insignificance of” all have something unique to offer the listener.  Again, everything presented on this release is worth the time. (Old Man Stares)