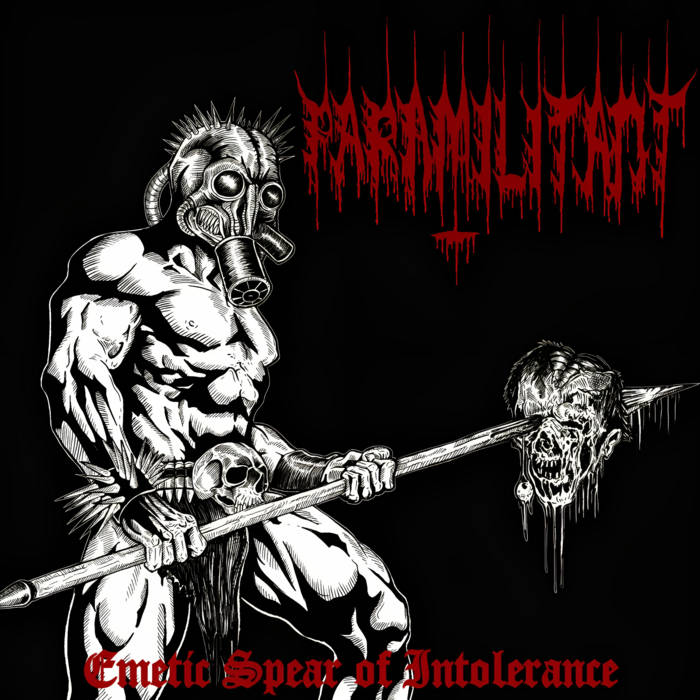 If you have a spare seven minutes to hand then why not experience some Bestial Turkish War Metal? ‘Emetic Spear of Intolerance’ is the debut demo from Necromilitant, (Drums) Antihuman Wargoat, (Guitars) and Neurotic Terror Provocator, (Vocals, Bass) who collectively go by the title of Paramilitant. (All three members are also in the band War serpent)

Opening track ‘Parasite Impalement’ is nasty little slab of bass heavy Black Metal, thrashing along through blood hungry axe wielding and skull crushing drum tones, all accompanied by the ravings and growls of NTP. ‘Cult of Primitive Obstruction’ has more than a hint of Slayer’s ‘Disciple’ about its catchier moments, but the rest is blast beat forged intensity and gloom laden guitar leads, plus the omnipotent sound of pummelling bass tones and blood thirsty growls.

Closing with ‘Rituals of Occult Blood’, Paramilitant end with a solid showing of Extreme Metal belligerence and aggression to rival the previous two tracks in their quest for dominance. A short, fast and malevolent little demo!