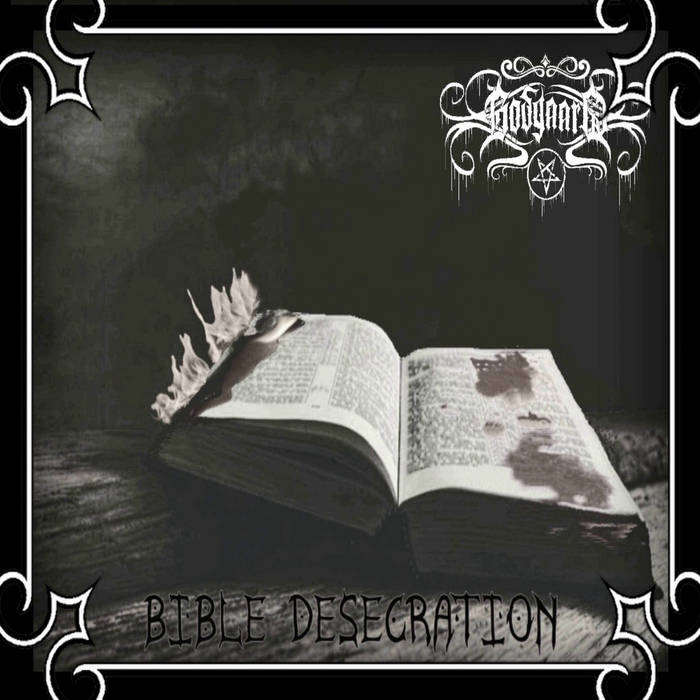 Godgaard is a one-man Black Metal act from Ukraine of which the man behind it, with the same name, keeps up quite a killing pace. He has already released three albums and an EP already this year, of which this ‘Bible Desecration’ is the first.

Whether this can really be called an album, I do not know, it does sounds more like a demo. And not necessarily because of an inferior sound, because that is not so bad, but because of the musical content. Godgaard is clearly experimenting with which direction he wants to take his music. At the moment, it lacks any kind of cohesion. It is rather primitive or even naïve in riffing and song writing, I am under the impression that Godgaard better bring his best musical ideas down to about three songs or so, instead of spreading them out over eight tracks. This way he would add more punch to the songs. Also in terms of sound, it is sometimes haphazard, a song like ‘Burn, Holy Scripture’ suddenly has a completely different sound, the same goes for ‘Image Of Antichrist’, so there is no natural flow in the music. There are some nice riffs here and there and musically it’s not all about bad ideas, but there is still a lot of polishing and practice to be done.