A Dying Spirit Of Happiness – Demo I 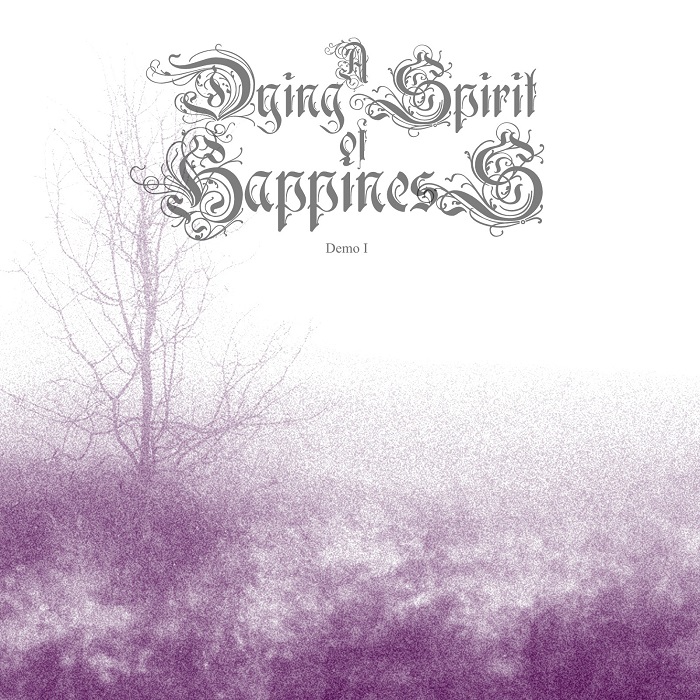 From the man who brought us the incredibly mournful yet engaging tones of And Now The Owls Are Smiling comes A Dying Spirit Of Happiness. A new project that at first glance will contain all of the warmth and sunshine of a night-time glacier. ‘Demo I’ consists of three tracks, the opening one being ‘A Battle’, whose overall tone is one of a cold, detached melancholy. A great deal of work has been put into emphasising the vocals; a duelling style of raw, ravenous and anguished tones mixed with clear, haunting cleaner vocals. A true juxtaposition of aggression, bitterness and abrasiveness, crossed with a calmer, chilling mood of despair and solitude.

I enjoy the drumming display too on this demo. It sits a little further back in the mix but I like the frenzied and frenetic pace it sets, as well as the liberal use of symbols. As for the guitar tones, they are suitably cold, aloof and frostbitten, with more than a trace of melancholy. The second track on offer entitled ‘A Dream’ is actually a short melodic interlude of soothing Dark Ambient flavours and textures. Beautifully crafted and significantly positioned to serve as a buffer to the two howling acts of spiralling bleakness that it sits between.

‘A Lake’ closes out the demo with a clamour of soaring melodic guitar leads, slow and plodding drums and a wonderfully atmospheric undertone. Here the vocals are grim, rasping and hoarse and yet despite this there is an uplifting quality to the overall texture of the song. Don’t be mistaken, this is no And Now The Owls Are Smiling clone. Whilst the overall temperament of the demo is similar in terms of bleakness, this has a far more raw sound and I’d say is far more atmospheric than his previous project too, which had a far heavier sound from the guitars. ANTOAS had a grinding, intensive fury about it, whilst A Dying Spirit Of Happiness is far more whimsical and meandering.

A Dying Spirit Of Happiness