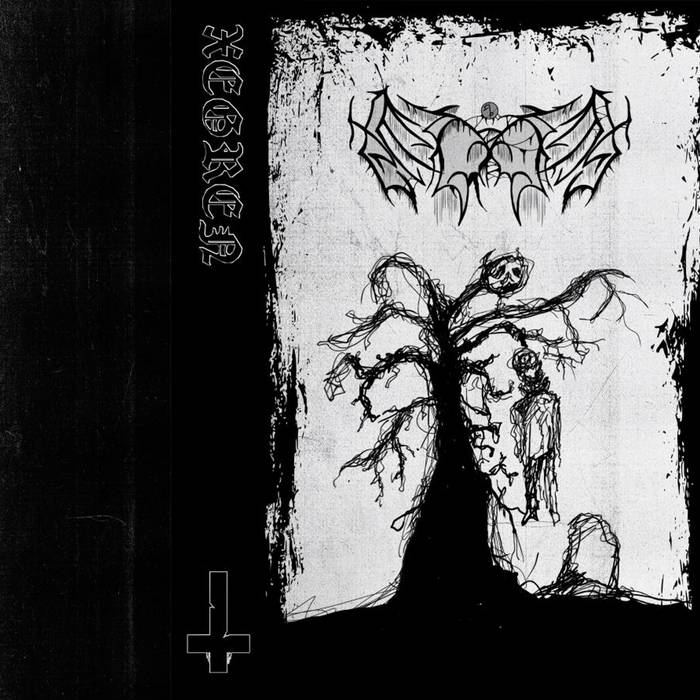 This one-woman Black Metal act from Portland, Oregon recorded quite an impressive output with her other solo-project Mortal. If I counted well, Mortal’s back-catalogue consists out of no less than 34 titles, all recorded and released in less than two years. Still Mina found enough time to throw herself to another project, with this Xegren she self-released this self-titled demo tape at the beginning of this year.

On this first offering with Xegren Mina introduces us to her low-fi and haunting brand of Black Metal. The hypnotic guitars melts together in a mesmerizing buzz which is further accentuated by almost out of tune ‘leads’ and extremely basic drums tracks. Mina’s icy vocals give the recordings a further unearthly experience. Not for the faint hearted, that’s for sure. Musical references are hard to draw, but I had some early Leviathan (USA) in my head once I was done listening to this demo – not that it is a straight copy, musically, but it evoked some kind of similar atmosphere for me.

This is not quite your next His Master’s Voice kind of Black Metal, if you like your Black Metal medium or even well-done and Watain is the maximum you can take, than you’d better pass Xegren on, as this is some stomach churning, ugly and total DIY Black Metal. (FelixS)