Embrace Of Thorns – A Night Of Promethean Blasphemy 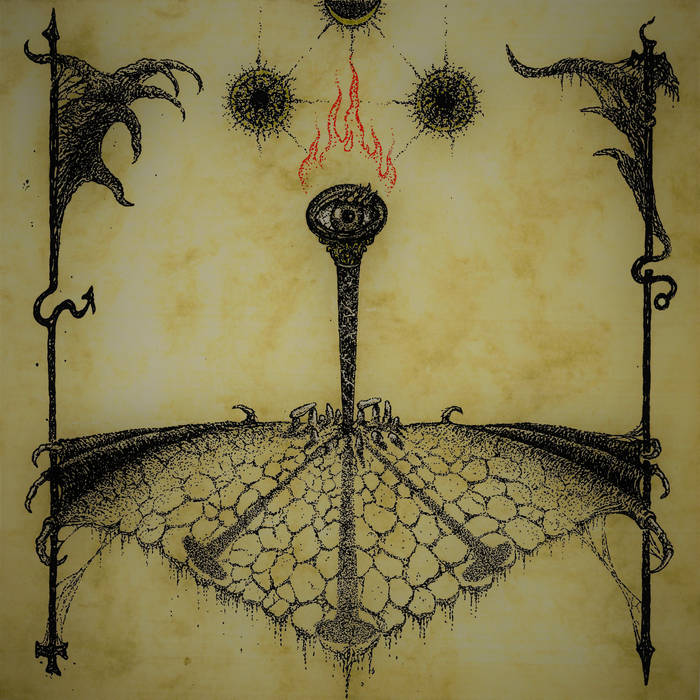 Right in between ‘The Pantheon I’ 7″ EP (Iron Bonehead Productions) and the just released new album, ‘Entropy Dynamics’ (Nuclear Winter Records), Embrace Of Thorns came up with a self-released studio rehearsal set. This set was recorded live at the bunker of Eleventh Tower a few days before their show with Archgoat in Athens and made available via the bands’ Bandcamp-page on Walpurgis Night 2022.

What we are presented with is a nearly hour-long ten-song set in which we hear Embrace Of Thorns at their rawest, energetic and pure, stripped of all studio conveniences, delivering unpolished blasphemy in its purest form. Despite the fact that the songs are all untitled (they are only given Roman numerals), this is not new material. Instead, the band leads you past all albums and even plays a track from the split 7″ EP with the underrated Greek Nocturnal Vomit Although provided with intro and/or outro tapes, the live setting makes these songs more basic and the mix is ​​not always equally balanced, but that does increase the atmosphere and is made up for by the audible and palpable energy and passion the band puts into these songs. For those who have never seen the band perform live, this might be a good substitute, and actually, we just have to wait until this nice and sweaty underground set will be made available on old school cassette tape.