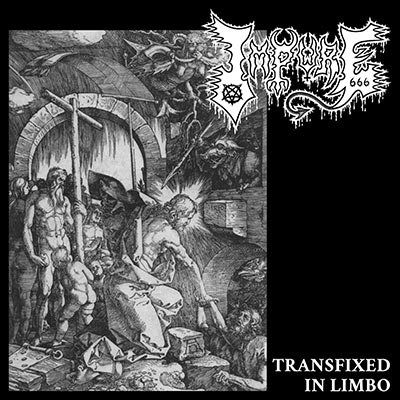 Recently I have reviewed the latest release of Spite, a one man band from the US, which was released by Invictus Productions, and now I’m listening to another band of Salpsan called Impure. Only this time he is responsible for the drums and vocals as Horned Father of Desecreation and is he accompanied by Satyrannical Lord of Assault who is abusing the strings on this fine EP. When you will buy the cassette or the 7”, you will hear some appealing Black/Death Metal the Old School Way filled with blasphemy and heresy. This satanic ritual beholds some fine hints of Beherit and faster Autopsy while the unholy sacraments are spit with a reverb. A demoniacal worship of depraved old gods indeed. (Ricardo)