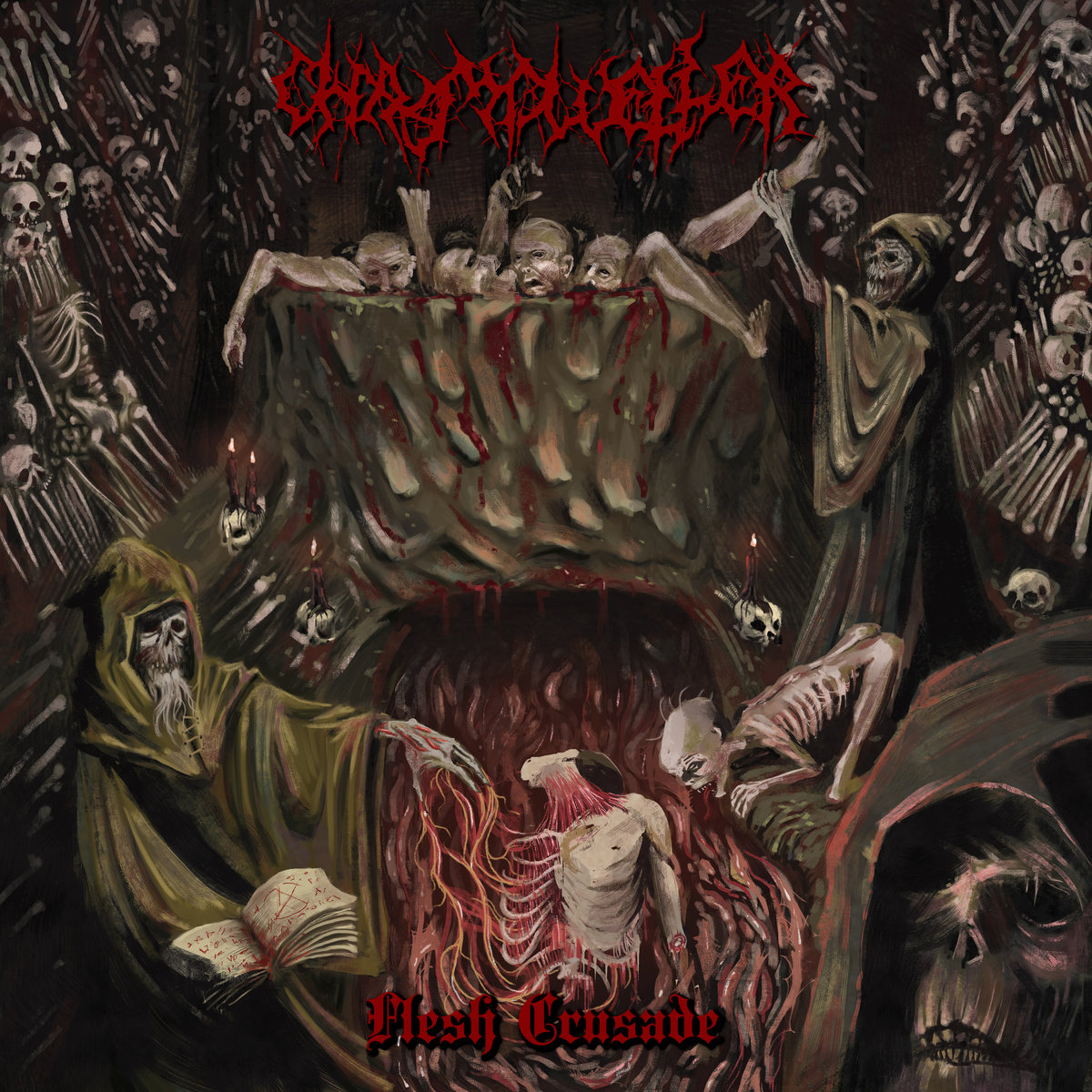 The Canadian duo keeps a punishing work pace, not long after releasing their ‘Fossilised’ EP, the band arrives with another full-length album, its third by now. On the previous releases, the band has undergone a slow but sure musical development, becoming increasingly proficient in their take on filthy, rotting blood-smelling Death Metal.

Compared to the preceding EP, musically not much has changed, the band’s firm basis of rather digital heavy sounding Death Metal. But in the title track, we even get a real guitar lead, not an unkind surprise. But besides the heavy guitar violence and Donovan Guertin-Lowe’s inhumanly deep vocals, we get more surprises. With the final piece, aptly titled ‘Death Colossus’, the band has ventured into a whopping 21-plus-minute epic in which we are truly thrown into the horrifying depths and exposed to more diversity than in any other Chasmdweller track before. Several tempo changes, in which we drown in bottomless Doom tempos and are revived by wildly fast passages and a host of different riffs and musical themes and bridges to tie it all together. The frightening interludes that are more like a horror soundtrack certainly have their effect too. A bold experiment, but with an excellent result.

Although with ‘Flesh Crusade’ the band once again shows that they are a band to be reckoned with, and certainly puts down far above average levels, I still find it a shame the somewhat flat and digital sound. With a more organic sound, the depth will sound even deeper and the wild excesses even more frantic.