FLTH – Philosophy of the Decadence [Demo] 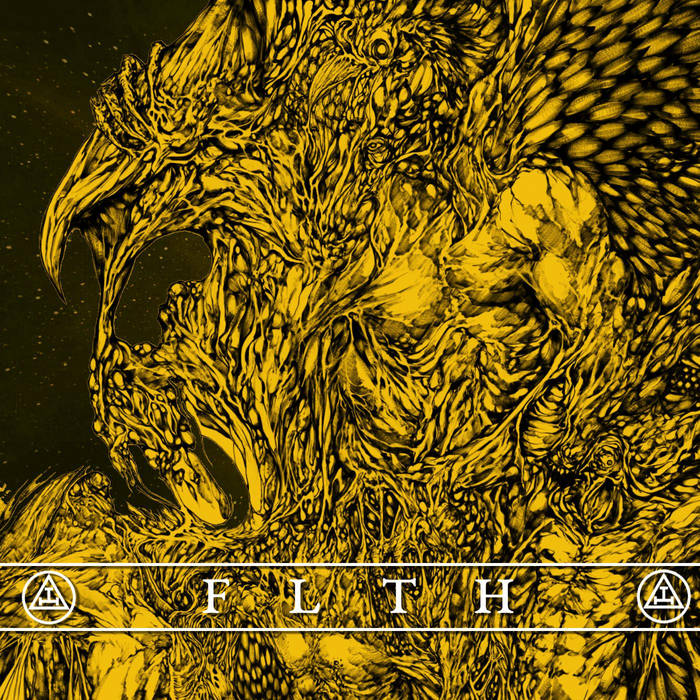 The Netherlands has a thriving Black Metal landscape, one that Eindhoven based FLTH are keen to add to. Their debut demo entitled ‘Philosophy of the Decadence’ features three tracks of raw sounding Black Metal with a keen, aggressive edge. Abrasive guitar leads compete for supremacy with morbid vocals and strong willed drum tones, whilst a more layered guitar rhythm adds a touch of cold, steely determination to the overall sound. There is more than a touch of psychological horror to this demo, which has a sound akin to the scraping of fingernails across your brain, and the mania inducing anguished screams of ‘Crushing the Hearts of Morale’ certainly emphasize this trait. However, this track also has some very catchy drumming and riffs which remind of now defunct British Black Metal band Order of Tepes. ‘Crushing’ is truly a track for all seasons though, as it also wades into the depths of murky, slow paced groove with an overtly dark and oppressive mood being cast by it. FLTH bring their debut offering to a ravenous close through the savage intensity of ‘Weight of Gold Trembling’. A gruelling listening experience from start to finish, but very rewarding.