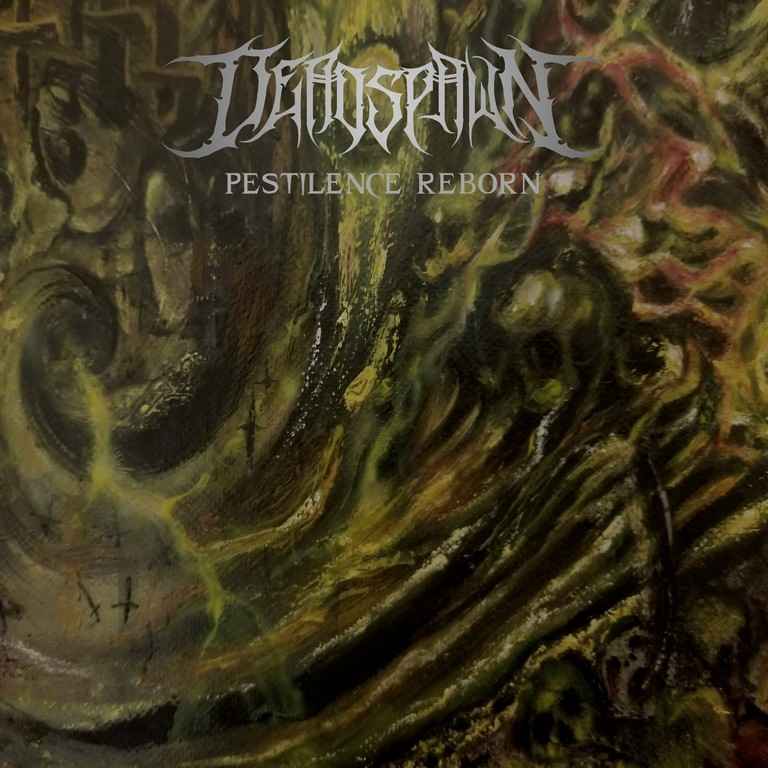 Deadspawn (cool name) have been spawned in 2009 in Arizona, USA, to spread the plague called (blackened) Death Metal upon mankind. In 2013 and 2015 the band released an EP and now in 2020 releases a full length called “Pestilence Reborn”. The 10 tracks are savage, bestial Death Metal with a dose of blackish atmosphere with a modern approach. The press sheet doesn’t lie when they drop bands like Hate, Belphegor, Morbid Angel or Lord Belial to compare the band’s sound. The closest of the aforementioned are probably Hate in overall.

The production of the record is modern and well balanced, fits the songs pretty well creating a thick atmosphere, has enough punch to blast your brain out of the skull and doesn’t get over boring or better exhausting for the ears to listen to. The band knows how to vary and keep the songs interesting. There are some cool morbid leads here and there, melodic riffing accompanied with twin guitar wall of sound and a non-stop changing almost proggy riffcarpet that covers the putrid ground. Everyone in the band does a killer job with nice basslines, guitar riffs, melodies, leads, drumbeats and patterns and a powerful voice straight out of hell. The artwork already suggests some dark putrid Death Metal…you won’t be disappointed.

I really like the mixture between Death Metal, Black Metal and the variations the band is providing (Thrash riffs included), making “Pestilence Reborn” a pleasant and flowing album that already works with the first spin but needs more to be able to grasp every detail. Hard to choose standout tracks ‘cause the entire album is fun. Nice debut, recommended!! (DPF)