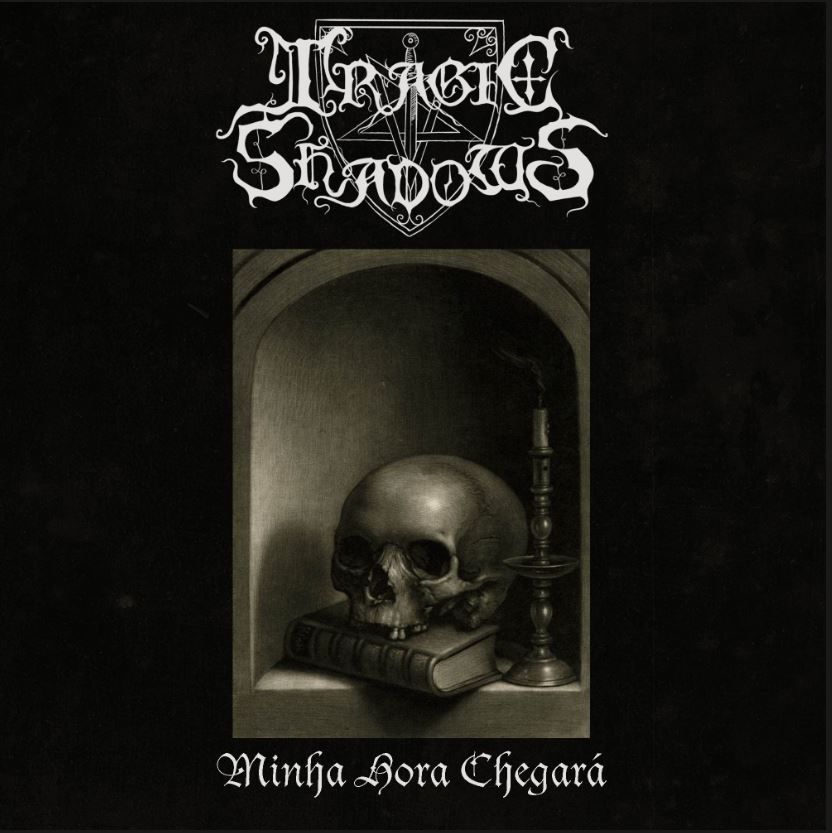 First of all, allow me to admit something right away. I have a soft spot for Black Metal that is sung in languages that are not English. Every time I’m faced with a band that sings their songs in their mother tongue, or even trying their hands at some kind of ancient or niche language, I’m (most of the time) interested or, at least, intrigued.

And when it comes to Portuguese, I always found that Portugal had the upper hand in the matter. Because our Lusitanian friends have a deeper sense of melody and articulation in their delivery, which are aided by the thick accent and the richness of vocabulary choices.

As for Brazilian bands, which are known to be much more bestial in their style. Despite the quality of their music, normally the vocals are lacking in comparison with their European peers. For the delivery is much cruder and even sloppy at some points.

But then, there are bands like Tragic Shadows. Evoking aspects from the early 90’s Brazilian scene, which was permeated by slow to mid-paced bands like Amen Corner, Murder Rape and others. In a scenario that differs completely from what we see today.

“A Minha Hora Chegará”, which translates to “My Time Will Come”, is a piece of masterwork Black Metal that pays homage to a more obscure kind of music, a dying art that seems to be forgotten by many in their own country.
The songs here complement themselves incredibly well, and the instruments and vocals are grandiose and ferocious without compromising the poetic qualities of the lyrics. Which are so perfectly articulated by the sole man behind this band, Mr. Dracul. So everyone that speaks or understands the language will be able to discern what is being said without any issues.

With great transitions that vary from triumphant marches to fast and violent passages, this demo is a feast without a single dull moment. From the Dungeon Synth interludes to the hymn-like choruses, Tragic Shadows delivers in so many levels that naming a favorite track is almost impossible.

The only con I can find on this demo is the fact that it’s only 23 minutes long. So hopefully we’ll see more from Tragic Shadows in the future. (D.F.)