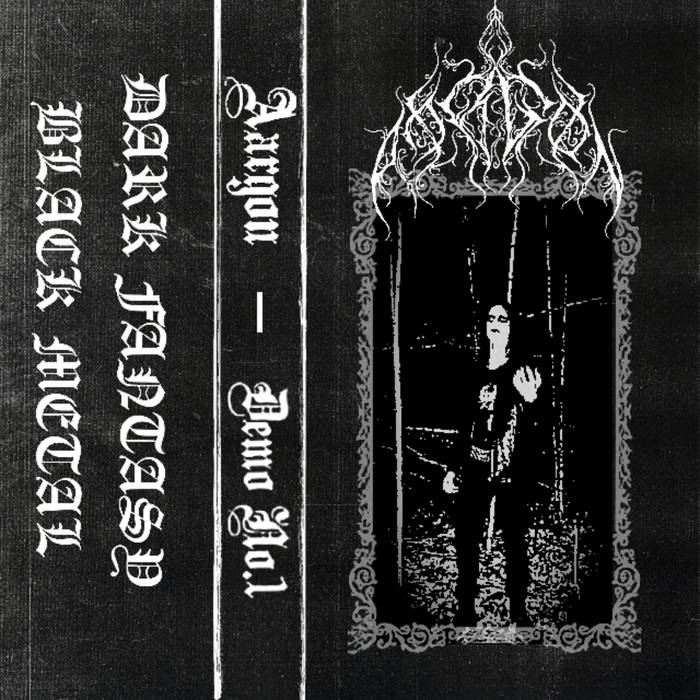 This is another Black Metal project led by one individual and this one hails from Ottawa, Ontario, Canada and released a two-track demo simply called ‘Demo No. 1’. It was Spotify that drew my attention to this demo, often Spotify is quite wrong with its recommendations, but this time it was really spot-on.

The anonymous, dark figure behind the band calls it ‘Dark Fantasy Black Metal’, which I can fully relate to. The music is rather raw but no low-fi or all too gritty sounding Black Metal, instead it incorporates lots of catchy melodies and well played keyboards. That gives it a rather organic and atmospheric sound, rather unique I dare to say. The melodies and ambient-like piano-parts are woven into the guitar sound almost flawless and they will crawl under your skin and haunt you for the next couple of days. The creativity and the pure way these two tracks are crafted make this a truly wonderful and very promising first demo. This really deserve your attention and I would say a physical release would be great as well. I am looking forward to new material by this talented act.