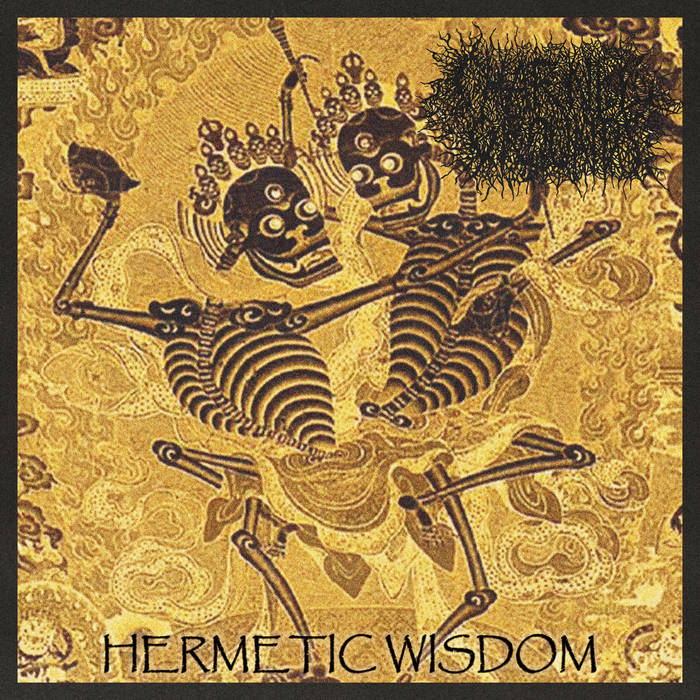 Part two of my Charnel grounds review double header takes in the bands ‘Hermetic Wisdom’ EP, a self released three track offering that like their debut EP weighs in at just under ten minutes. I said in my first review that the debut EP was a professional sounding slab of furious Death metal savagery; well starting with ‘As Above, So below’ its clear to see that still holds true. One noticeable difference is in the vocals. Just like the last EP they growling ferocity remains; a blood curdling bowel moving growl at that. this time though they sit just a little higher in the mix, though dominance still remains with the intricate guitar melodies and steely rampant drumming.

As ‘Pineal Gland Recalcification’ kicks into full gear I noticed another slight difference between the two EP’s. Whilst ‘Molecular Entropy Examined in the Bowels of a Great One’ sported a sleek, punchy sound, for ‘Hermetic Wisdom’ there is a great deal more filth and detritus around the production, and that’s a development I for one definitely agree with. The song itself is a punishing technical juggernaut that does away with the more melodic aspects and goes in for all out assault, with a touch of crushing, slower groove later on and then a surprising touch of synth undertone mixed with some putrid sounding chugging riffs just to keep us all guessing.

‘Hermetic Wisdom’ climaxes with ‘Thinking Straight’ (Originally by Youth of Today) and this barbaric re-imagining finishes things off with a Punked up Death Metal rip roaring feast of attitude soaked brutality. Great EP, murkier than the last one but still devastatingly aggressive.