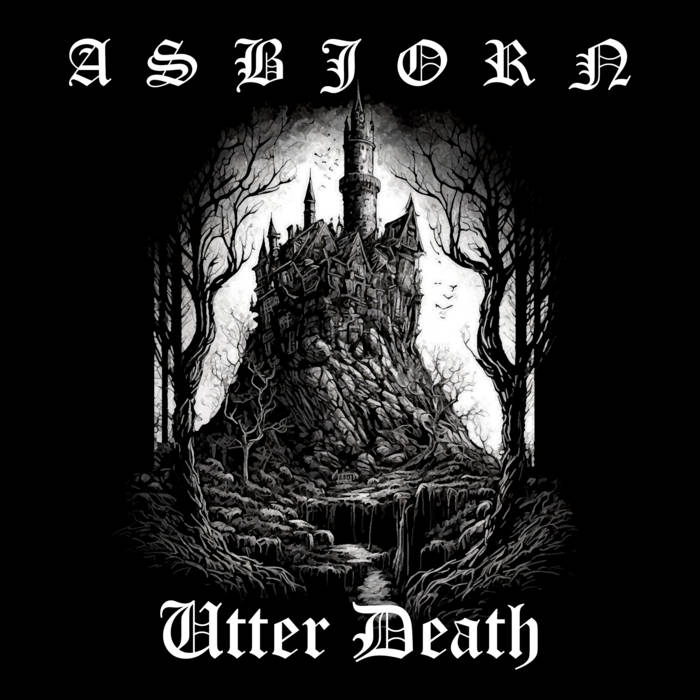 I’m a big fan of Welsh Black Metal band Black Pyre, so when their guitarist Asbjorn releases a new single from his one man side project, I tend to take notice. ‘Utter Death’ is his brand new single release that will not be affiliated with any up coming release, though it does bridge the gap between his last work and his next. Despite this being a solitary five minute track, it still comes adorned by stunning artwork, and the music it houses is equally as intricate and thought provoking. The song itself builds briefly before hitting straight into a fast paced flow of rushing guitar leads and ferocious drumming, whilst harsh vocals sound out as if from a deep cave. The bass play is hard hitting too, and I do love a prominent bass style. This isn’t just a quick blast and done though. Through excellent song writing the track ebbs and flows through fast marauding sections and slow, intricate patterns. It has fearsome and bleak melody, meandering guitar rhythms and half way through a very satisfying bass and vow bell segment that breaks up the harshness with a touch of groove. In terms of lyrical concepts, this is a Satanic journey that sheds a dark spotlight on religion and its absurdity; nothing new in that but like the musical aspect, thoroughly enjoyable.