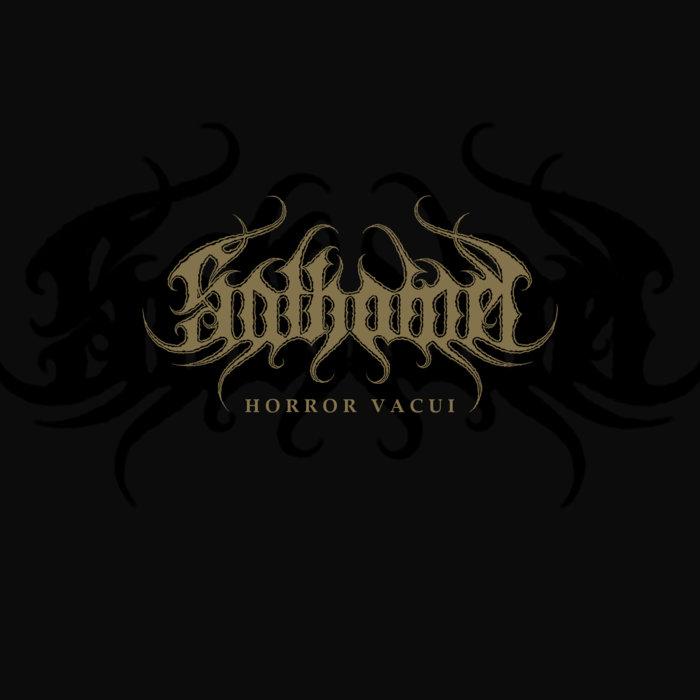 With today’s possibilities It happens quite often that with the tons of records that flood the market some may be overseen or overlooked, that probably, especially when it would have been put out by a certain label, could be praised high into the realms of extreme metal.

Sathamel from Leeds, UK, were unknown to me, although they already exist since 2013 and released 1 demo, 1 EP, 1 Live album and 1 single, it’s just now that I came across the British Black/Death monstrosity.

“Horror Vacui” is their debut full length and already I fine and proper record that shouldn’t be missed. The overall sound lends towards mid/late era Behemoth, mid era Belphegor, some Bloodbath references when more deathish or some, maybe more obvious, Hate feelings in their songwriting skills.

The songs have good portions of blasting hellfire or slower majestic passages that fill the space with splendour. The vocals are memorable and understandable and already stand out compared to the mass. The production is fat and well balanced.

Fans of the mentioned bands can find something interesting and promising here, where metal still reigns supreme (If you aren’t fully into the latest Behemoth, here a good alternative that strikes).

The last couple of songs have some really unique stuff in it, almost Bölzerish in riffing and Abigorian in singing. (“There Where Is No Time”, would like to see that band continue that path).

So an excellent debut for Black/Death lunatics that miss some of the fiery brutality on Behemoth’s latest record and like a well-balanced record between brutality and atmosphere. Thumbs up! (DPF)