Hrafnskald – The Means of Barbarity 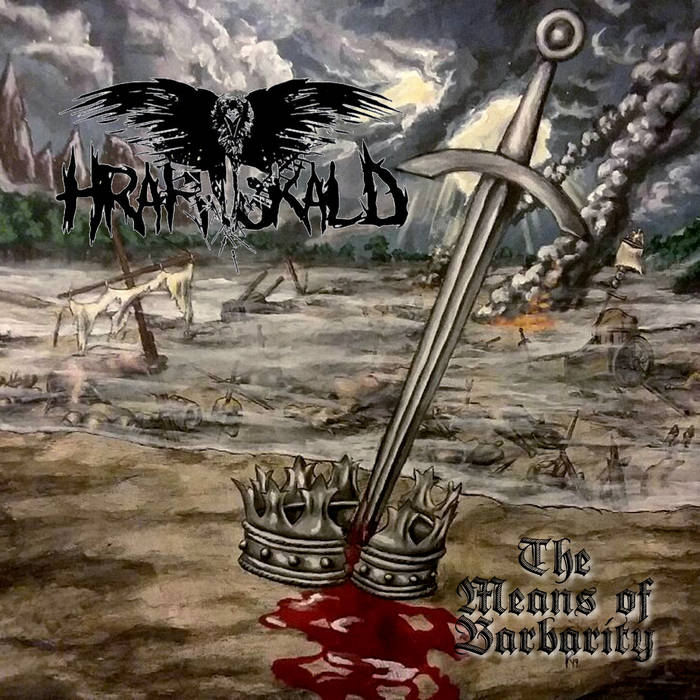 I’m reviewing ‘The Means of Barbarity’ three full years after the band released this debut album, and in the mean time they have since split up. Still, we persevere. A few clichés to start with, the first taste is with the eye, and beauty is in the eye of the beholder. Sadly I’m not liking the artwork for this one, but as my third cliché goes, you can’t judge a book by it’s cover. Or maybe you can, because this is bland in the extreme, and let me tell you, that is only extreme thing about it. The band called themselves Black Metal but their sound, in parts of this album, in my opinion only has a loose connection with the genre. In truth, except for the growled vocals which remain consistent throughout, ‘The Means of Barbarity’ is an album with an identity crisis.

If I’m painting a bleak picture then let me put a little positivity back into proceedings. An awful album this is not, and at times Hrafnskald are both catchy and engaging, but the overall feel of the album is that of average sound, below average production which for a lot of the duration seems too bass heavy for me, and lastly bang average musicianship. As I mentioned earlier, the band are no longer active and I doubt they will live long in the memory. (Luke Hayhurst)