Hekseblad – Inspiration And Isolation: A Decade In The Northern Cold [EP] 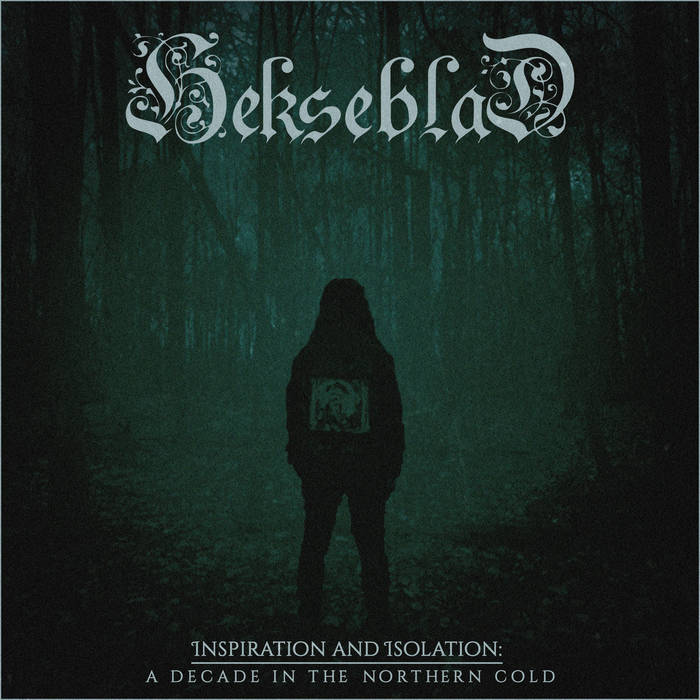 After the release of ‘The Fall Of Cintra’ on last years’ Halloween, the American Black Metal combo of Hekseblad released another EP by the end of that same year and called it ‘Inspiration And Isolation: A Decade In The Northern Cold’.

The previous EP had and the 1-track demo both had The Witcher as main inspiration. This time the songs on this two-track EP his a musical homage to David Gold. If that name doesn’t ring a bell right away, he was the man behind Woods Of Ypres. A band that influenced many and was one of the founders of the thriving Canadian Black Metal scene. David died in a single-car accident in 2012 and left quite an impressive musical legacy.

The EP’s opener is ‘The Pieces We Left There (Fading To Obscurity)’, indeed a song that breathes the very same dreamlike atmosphere that also can be heard in many of the Woods Of Ypres songs. Therefore it is quite different from the previous Hekseblad recordings, more of a slumbering soundscape kind of take on Black Metal, with slow and gloomy riffs and equally slow-paced drums to accentuate the hypnotic sceneries. The tormented vocals of Bruxa do work a little better here than on the bands’ previous recording, they are somewhat smothered in the raw guitar sound and adds to the overall atmosphere. The other track on the EP is ‘A Meeting Place And Time’, which is actually a Woods Of Ypres cover song, originally released on the bands’ debut EP ‘Against The Seasons: Cold Winter Songs From The Dead Summer Heat’ (2002). The original song sounds a little grittier than Hekseblad’s take on the track, but apart from that it sounds pretty much like the original and Hekseblad has not allowed itself much creative freedom.

This EP shows Hekseblad from a different angle, a rather modest, atmospheric and gloomy side. Although I am not familiar with all of Woods Of Ypres’ work, I can’t argue that ‘Inspiration And Isolation: A Decade In The Northern Cold’ sounds like a honest and reverent tribute to lost talent of David Gold.