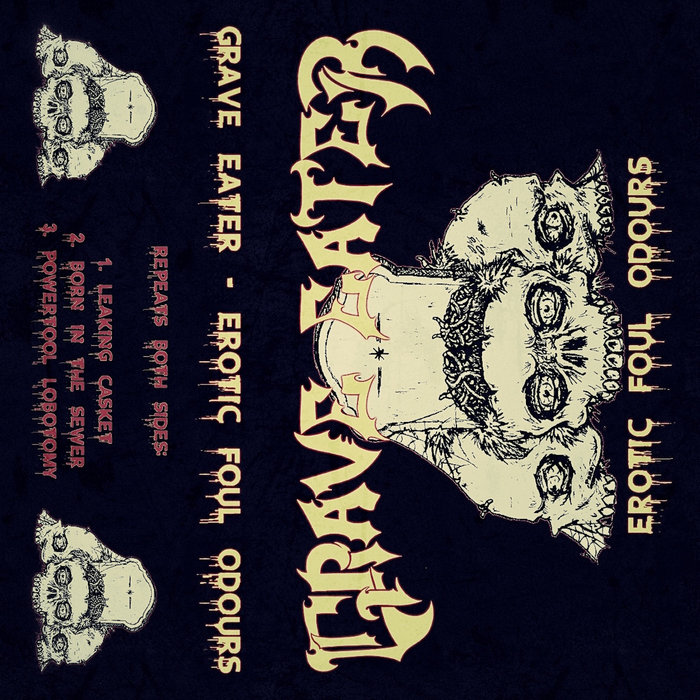 With straightforward song structures, it’s palatable and very condensed compared to predictably drawn out in typical Death / Doom style. Production comes off putrid and perfect amount of distortion with sedative, trance like riffs that leave you in a daze.

Starting with “Leaking Casket” already adore that heavily distorted bass sounding like its recorded under the depths of sewage. “Born In The Sewer” you hear the Mortician, Impetigo, Mythic influences depicted. Closer “Powertool Lobotomy” sounds like a tune that should have been featured in the notorious campy ’79 flick Driller Killer soundtrack, fucking heavy as hell.

These guys have a new EP as well, pretty stoked for that! (Tori Belle)