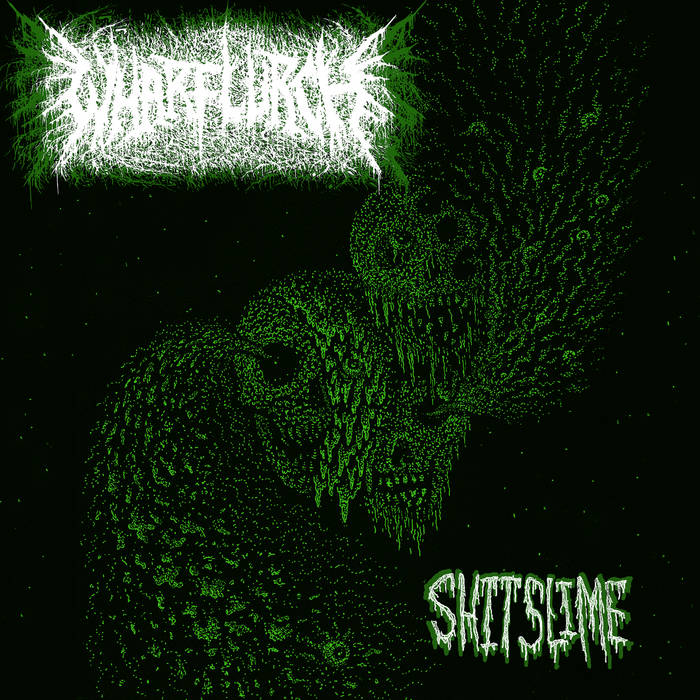 Between 1500 and 1600 A.D. shitslime was used as a natural lubricant, to make the mating game more comfortable, it took away the friction and made things slide smoother. Especially at Louis the Great’s court. The French nobility was a big shitslime consumer, using the stuff on a daily basis, they even hired professionals who were put on a varied diet to produce as much shitslime as possible and received generous payouts for their specific product.

It is not entirely clear who collected the natural lubricant in those days. If the gentlemen in Wharflurch use shitslime to make things slide, I do not know. Yet who knows which strange traditions and folkloric customs they apply in Florida.

“Sealing the bore” slides in pretty effortlessy, four dry hits on the snare drum and they are off, mixing up a tasty brew of blast beats, slow doomy grooves and hypersonic guitar solos, mister Mamo ruckles up some pretty nasty growls, draping them on Wharflurch’s massive sound like a bloody cloth. The intro leading us into “Plinth of Bone” brings up images of Blade Runner, desolate and surreal, turning fluently into a slow and ghastly piece of sonic terror. No lack of variation on this four track EP.

Wharflurch slaps you in the face with blasts, excruciatingly slow Doom parts and strange electronically generated sounds, which makes this audiosonic massacre extremely compelling. Mister Colby did a great job production wise, the sound is clear and heavy with a big thumbs up for the dry sound on that snare drum, which makes the blasts well defined.

If you want to excuse me now, I’m off to the sonic maze Wharflurch has spun and muse a little more about the natural lubricant. (Franki_boj)