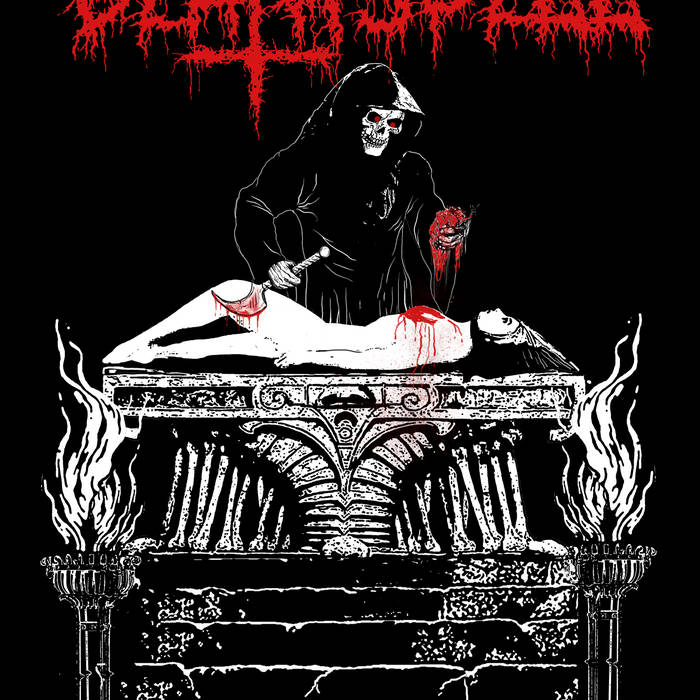 Californian Punk influenced Black Metal band Deathspell started their tenure with two single releases, both of which then featured on this, the bands debut and self-titled EP which the band then self-released on cassette. As you’d probably expect from a band of this ilk, opening track ‘White Witch’ is a short and simple affair consisting of an abrasive vocal style, fast paced drumming and a noxious sound from the bass, all topped of with blackened riffs and a few low key guitar solos that are mired deep in the murk of the mix. ‘Deathspell’ takes a little more time to build anticipation and when it kicks in properly it has a deeper, more ravenous groove to it, as well as some gnarly sounding bass solos to feast upon. One thing that is abundantly clear after just two tracks is that Deathspell put a lot of thought into their song structure. As a result each track builds anticipation well, and then finished with a grand flourish, though in between is chaos and carnage of a savage and satisfying variety. So, whilst each track follows pretty much the same pattern, the quick and free flowing nature of the bands music means things don’t become stale. A very enjoyable EP.