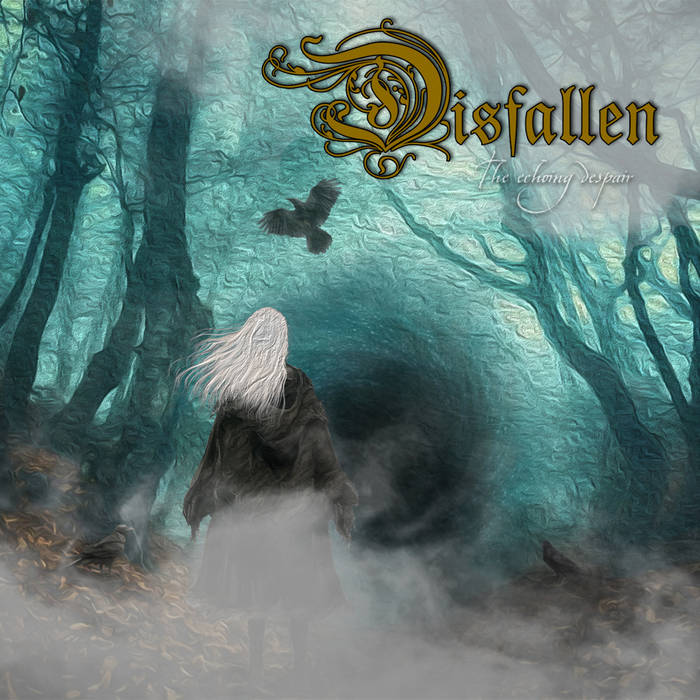 The genre of Doom/Death Metal has always been a bit of a niche in both the Death Metal and Doom Metal genres. It is not a genre that is played by many bands, yet it is a genre that has a loyal fan base. If you look at it, there are also only a handful of ‘big’ bands in the genre, very different from the other metal sub-genres. Something that always puzzled me. Underneath the obvious bigger bands, there is an interesting sub-top and a world of real underground bands. That’s where this Norwegian one-man act Disfallen comes in with its first demo: ‘The Echoing Despair’.

Because the pace in this genre is slower than in the average other metal genre, the Doom/Death Metal band immediately makes itself vulnerable: you quickly get bogged down in mediocrity. There are three major pitfalls as far as I’m concerned. This genre, by definition, does benefit from above-average vocals, because of the generally slow pace there is unintentionally more emphasis on the vocal abilities of the singer. The same goes for the quality of the recordings, because the music is not raging in a chaotic blur, it is imperative that all musical ingredients come out well. And last but certainly not least: the guitars. They have to be so heavy that they crush you and at the same time be so fragile that its melodies can break your heart and bring you to tears. Just give it a try!

For Orth, the man behind Disfallen, it is not too much to ask, even on his own. On ‘The Echoing Despair’ he brings two beautiful, soulful tracks that sound perfectly in the familiar Doom/Death tradition, without sounding like a direct copy. It sounds heavier and more metal-oriented than Saturnus or Swallow The Sun for instance, but also comparisons with old Opeth or Officium Triste are not too far off either. A nice full and rolling grunt, slow and compelling guitars, nice supporting orchestrations and as good as perfect deep sound to bring everything into your ear in full detail.

With ‘The Echoing Despair’, Disfallen comes up with an impressive first demo, which certainly tastes like more. I am very curious to hear Orth’s next work, I wouldn’t be surprised if Disfallen would team up with a good label to release its full-length…