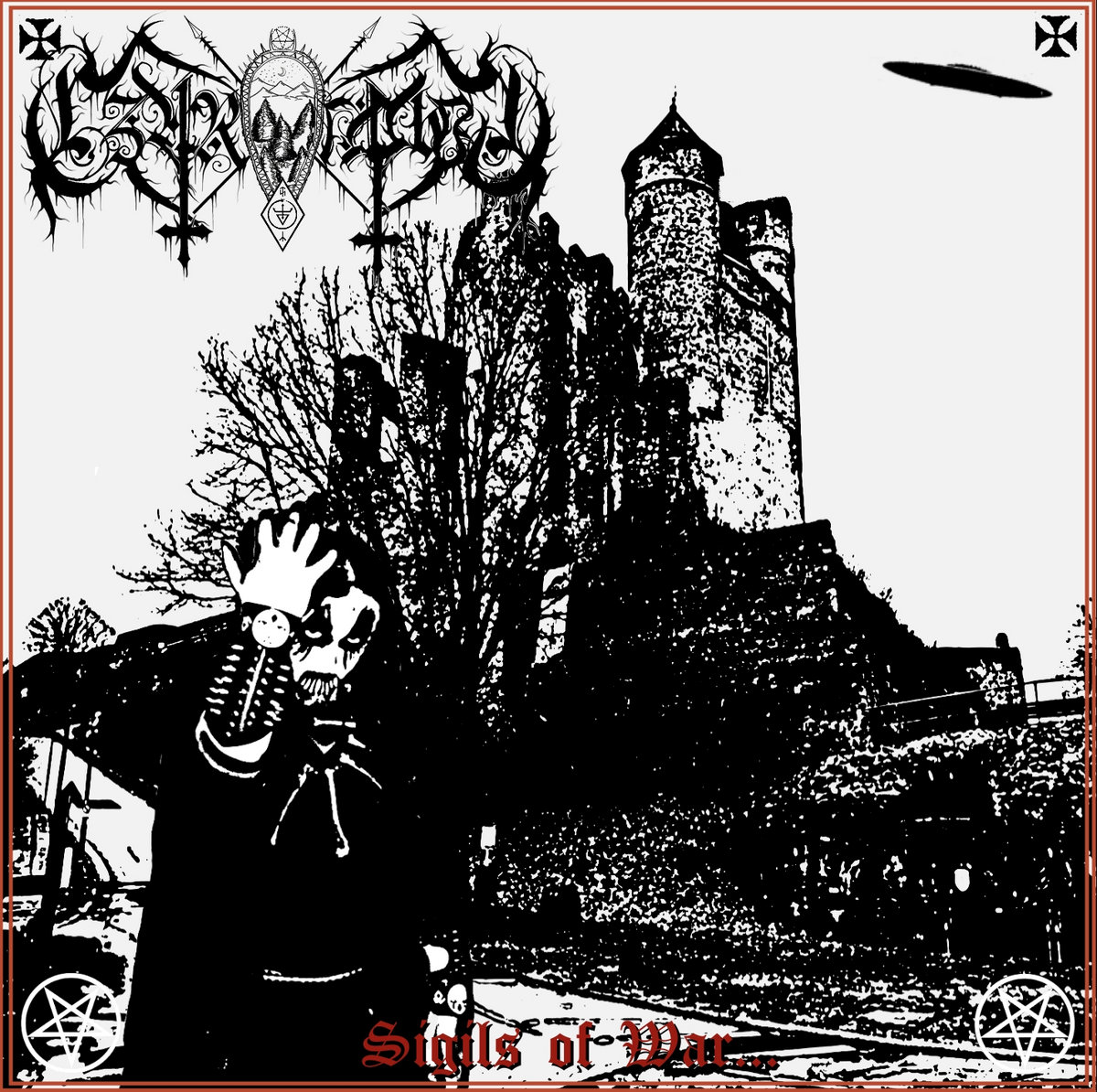 Well… first off: it is a pleasure to return to a “house” that has always treated me so well. And what a way to make a comeback, I dare say! Czarnobog is a band I had only read the name, to be honest. In a world, in a musical universe as prolific as the one we are dealing with today, it is harder and harder to stay up to date with the releases that pop up every single day. Truth be told, this quarantine has helped, a little, correcting that wrong.

And now, onwards to the music. This man hails from Germania, bringing forth his cold yet slow, vision of Black Metal. With a solid history behind him, Wehrgoat (Dmitry Medvedev), of Russian nationality, has been composing with Czarnobog since 2012. Since then, he has put out 7 LPs and several Splits and Demos, including a live album! This time, an EP was crafted: “Sigils of War…”, 3 songs, just that. Well, not just that, for these 3 songs carry within their existence an aura of Khold and Death. My absolute favourite thing about these songs is the end production: it is Raw as fuck, yet one can perfectly follow the tunes and the atmosphere that Mr. Wehrgoat so well crafted! It comes to show that it is necessary, really, big productions nor big “tricks” to mask one’s inabilities to compose this sort of tunes.

The voice, the way the guitar carries us, slowly, yet piercing, throughout each track, is tremendous. As stated at the beginning, I had no idea how this man sounded, but I am ashamed of myself for not giving a go, before.

And it is the simplicity of his music that grabs me the harder, honestly. 3 tracks, all over 5 minutes long, but never a dull moment, never that feeling of monotony… well, 3 tracks go by quite quickly, don’t they? But what if you are left hurting for more? Now that would be bonkers, wouldn’t it? That guitar, almost piercing through your ears and melting into your brain, creating mental images of Despair and Desecrated Lands. I, personally, and as you might have understood by now, was completely defeated by this EP. The pace each one of these songs have, is amazing. I love the rawer side of Black Metal, mostly due to the atmospheres created, and these songs, even though they are not similar to the likes of Vetala or Mons Veneris, take me to that same specific location: Sadness accompanied by Death. (DanielP)